Tommy Ramone Net Worth: Tommy Ramone was an American-Hungarian musician and producer who had a net worth of $5 million dollars. Tommy Ramone was born Erdelyi Tamas in 1949 in Budapest, Hungary, to parents who survived the Holocaust. He grew up around music and worked in a recording studio where he was able to watch Jimi Hendrix record in the late '60s.

He, Johnny Ramone, Dee Dee Ramone, and Joey Ramone formed the punk rock band The Ramones together. Tommy drummed from 1974 to 1978. He co-produced the group's first few albums, but was eventually replaced as drummer by Marky Ramone in 1978. He returned to the band in 2004 for a benefit concert. He was part of six different albums with the Ramones, including their 1976 self-titled debut, 1977's "Leave Home" and "Rocket to Russia, 1979's "It's Alive", 1984's "Too Tough to Die" as a co-producer, and 2003's "NYC 1978". He is credited with writing "Blitzkrieg Bop" and "I Wanna Be Your Boyfriend". Ramone passed away on July 11, 2014, in his Ridgewood, Queens, New York home after a lengthy battle with bile duct cancer. He was 65 years old and the last surviving original member of The Ramones. Ramone is survived by his long-time partner, Claudia Tienan. The two frequently performed in their acoustic group Uncle Monk. 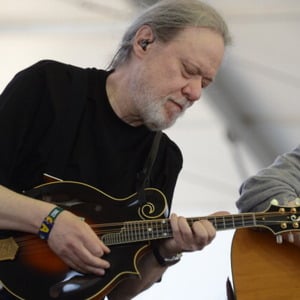