Tommy Emmanuel net worth: Tommy Emmanuel is an Australian guitarist and songwriter who has a net worth of $8 million. He is known for his fingerstyle technique and his use of percussive effects while playing guitar.

Tommy Emmanuel was born in Muswellbrook, New South Wales, Australia in May 1955. Emmanuel started as a session player before becoming a solo artist. He was named the Best Acoustic Guitarist by Guitar Player Magazine in 2008 and 2010 and was appointed a Member of the Order of Australia in 2010. Emmanuel released his debut studio album From Out of Nowhere in 1979 and his latest release was Just Passing Through with Ian Cooper and Ian Dale in 2015. Emmanuel has been associated with many other artists including Dragon, Chet Atkins, Jerry Reed, Hank Marvin, and Martin Taylor. Emmanuel was nominated for a Grammy Award for Best Country Instrumental Performance in 2007. 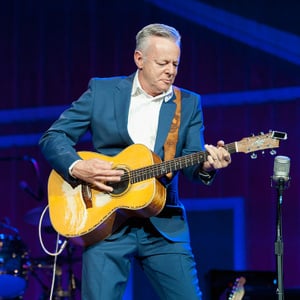