He is also the drummer of Ozzy Osbourne. Clufetos has played on the albums Dirty Diamonds by Alice Cooper, Craveman and Love Grenade by Ted Nugent, Unbeautiful by Lesley Roy, Educated Horses, Zombie Live, and Hellbilly Deluxe 2 by Rob Zombie, The Devil Knows My Name, Requiem, Remixploitation, and The Art of Malice by John 5, All Rise! by Whitey Kirst, and The End by Black Sabbath. Clufetos started playing the drums at the age of seven and joined Mitch Ryder and the Detroit Wheels. He toured with Alice Cooper's Band and played with Rob Zombie. He replaced Bill Ward in Black Sabbath. 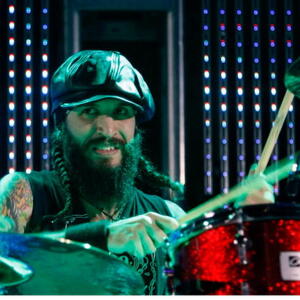