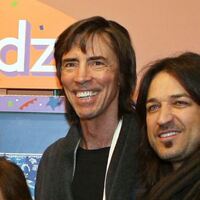 Tom Scholz net worth: Tom Scholz is an American musician, inventor, and engineer who has a net worth of $100 million. Tom Scholz was born in Toledo, Ohio in March 1947. His father, Don Scholz, was an extremely successful home builder who pioneered the design and sale of pre-fabricated luxury homes. The company Scholz Design is still an extremely active and successful business today. Tom Scholz is best known for founding the band Boston. Scholz also invented the Rockman portable guitar amplifier. Boston formed in 1976 and Scholz has been the band's guitarist, songwriter, producer, and keyboardist. The band's self-titled debut studio album was released in 1976. Boston's second album Don't Look Back was released in 1978 and reached #1 in the US where it certified 7x Platinum and #1 in Canada. Boston's third album Third Stage also reached #1 in Canada and the US where it was certified 4x Platinum. They also released the albums Walk On in 1994, Corporate America in 2002, and Life, Love & Hope in 2013. Boston's best known singles include "More Than a Feeling", "Foreplay/Long Time", "Peace of Mind", "Don't Look Back", "A Man I'll Never Been", "Feelin' Satisfied", "Amanda", "We're Ready", "Cool the Engines", "Can'tcha Say (You Believe in Me)", and "I Need Your Love".