What was Tom Petty's Net Worth?

Tom Petty was an American musician, singer, and songwriter who had a net worth of $95 million dollars at the time of his death. His popularity lasted for over 40 years, with his concerts continuing to sell out weeks before his death. Tom recorded numerous hit songs, and sold over 80 million albums both as a solo artist and with his three bands, Tom Petty and the Heartbreakers, The Traveling Wilburys, and Mudcrutch. He passed away on October 2, 2017, after an accidental drug overdose caused him to go into cardiac arrest.

Tom Petty was born Thomas Earl Petty on October 20, 1950, in Gainesville, Florida. His mother, Kitty, worked in a tax office, and his father, Earl, was a grocery store worker. Tom had a brother, Bruce, who was 7 years younger. Earl liked to drink and gamble, and he was often physically and verbally abusive to Tom. At the age of 10, Petty met Elvis Presley and became interested in rock and roll, and he decided that he wanted to be in a band after seeing The Beatles on "The Ed Sullivan Show." Tom dropped out of high school at 17 to focus on playing bass with his band, Mudcrutch.

Though Petty started out as the bass player for Mudcrutch, he soon became their frontman and main songwriter. The band moved to Los Angeles in 1974 but broke up the following year after their only single sold poorly. In 1976, bandmates Mike Campbell and Benmont Tench joined Tom in Tom Petty and the Heartbreakers, along with Ron Blair and Stan Lynch. The band's self-titled album was released in November of that year, and it featured the singles "Breakdown" and "American Girl." They went on to release 12 more studio albums and several hit singles, including "Don't Do Me Like That," "Refugee," "Don't Come Around Here No More," and "Mary Jane's Last Dance." The band performed during the Super Bowl XLII halftime show in 2008, a performance that was rated #12 on "Rolling Stone" magazine's 2020 list of the best Super Bowl halftime shows. Tom Petty and the Heartbreakers' final performance took place at the Hollywood Bowl on September 25, 2017, and "American Girl" was the last song they ever performed in concert.

In 1988, Tom became a member of George Harrison's supergroup, The Traveling Wilburys, along with Roy Orbison, Bob Dylan, and Jeff Lynne. The band released 2 studio albums and won a Grammy for Best Rock Performance by a Duo or Group in 1990. Their second album was recorded without Roy Orbison, who passed away in December 1988.

Petty released his first solo album, "Full Moon Fever," in 1989; it featured "Free Fallin'," "I Won't Back Down," and "Running Down a Dream," which would become some of his biggest hits. He went on to release 2 more solo albums: 1994's "Wildflowers" and 2006's "Highway Companion." 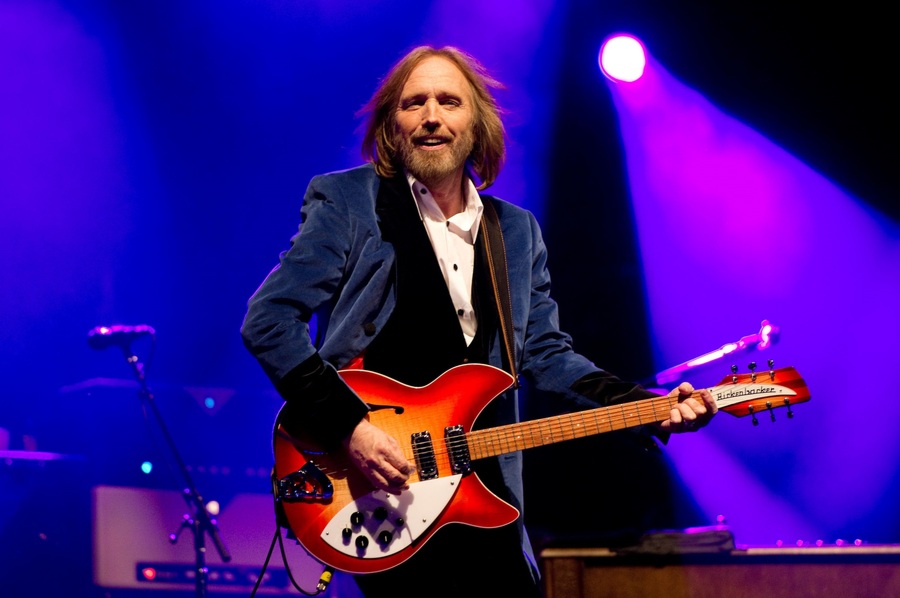 Tom made his acting debut with a cameo in the 1978 film "FM." He followed this appearance with roles in 1987's "Made in Heaven" and 1997's "The Postman." Petty also had a recurring role on animated TV show "King of the Hill" and appeared on "It's Garry Shandling's Show," "The Larry Sanders Show," and "The Simpsons."

Tom was married to Jane Benyo from 1974 to 1996 and Dana York from 2001 until his death in 2017. He had 2 daughters with Benyo; Adria is a video director who has worked with Beyoncé and Regina Spektor, and Annakim is an artist and designer. Petty was also a stepfather to York's son, Dylan.

Petty battled heroin addiction in the late 1990s and sought help at a drug rehab facility, successfully treating his heroin abuse before the Heartbreakers' 1999 tour.

Petty's home in Encino, California, was set on fire by an unknown arsonist in May 1987. The fire caused approximately $1 million in damage. Tom's recording studio was the only room that wasn't destroyed. He built a new home on the same spot. His ex-wife Jane received this home when they divorced. Jane lost the home to foreclosure in 2015. It sold for $2.6 million in 2017 and $4.5 million in 2018 then Selena Gomez bought it for $4.9 million in 2020. Tom also owned a home in Lake Sherwood, California which he bought for $4.4 million in 2007. This home sold for $4 million in 2019.

At the time of his death, Petty lived in a 5,300 square foot Malibu estate, which he bought for $3.8 million in 1998. He also owned a second Malibu home, a cottage on Escondido Beach and a $1.8 million home in LA's Pacific Palisades neighborhood that would later be occupied by his stepson Dylan Epperson, his widow Dana's adult child from a previous relationship.

Sadly, Tom died on October 2, 2017, at the age of 66. His wife Dana found him unconscious, not breathing, and in cardiac arrest at their Malibu home that morning, and though Petty was resuscitated, he died that night at UCLA Medical Center in Santa Monica. A memorial service took place at the Self-Realization Fellowship Lake Shrine in Pacific Palisades on October 16th. An autopsy revealed that the cause of death was an accidental drug overdose, and fentanyl, oxycodone, acetylfentanyl, despropionyl fentanyl, temazepam, alprazolam, and citalopram were found in his system. His family stated that Tom had been taking medication for emphysema, knee problems, and a fractured hip, and they believed that the pain in his hip had become unbearable, leading to his overdose.

A dispute over Petty 's estate and catalog ensued, with his daughters suing his widow for $5 million in May 2019. The lawsuit was settled in December 2019, but details have not been disclosed.

Tom Petty and the Heartbreakers received a star on the Hollywood Walk of Fame in 1999 and were inducted into the Rock and Roll Hall of Fame in 2002. In 1996, Petty received the George Gershwin and Ira Gershwin Award for Lifetime Musical Achievement as well as the American Society of Composers, Authors and Publishers' Golden Note Award. He received the Billboard Century Award in 2005, and in 2017, he was named MusiCares Person of the Year.

In Gainesville, Tom Petty and the Heartbreakers received a key to the city in 2006, and on October 20, 2018 (on what would have been Tom's 68th birthday), Gainesville's Northeast Park was renamed "Tom Petty Park." Petty enjoyed visiting the park as a child, and his daughters and brother attended the renaming ceremony. 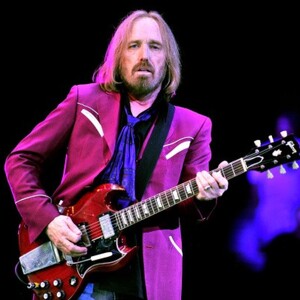