Tom Petersson Net Worth: Tom Petersson is an American musician best known as the bassist and sometime guitarist for the rock band Cheap Trick who has a net worth of $16 million dollars. Tom Petersson was born May 9, 1950. Petersson plays bass as a second lead guitar on "He's a Whore" from Cheap Trick's debut album.

He sings lead vocals on "I Know What I Want", on one of the versions of "Voices" and on live versions of "Waitin' for the Man". Petersson left Cheap Trick, shortly after the recording of" All Shook Up", on August 26, 1980. Petersson, however, released the solo album "Tom Peterson and Another Language" and toured the North American club scene with his new group with his then-wife Dagmar. He moved to New York and played shows with his band called Sick Man of Europe, which was the name of a pre-Cheap Trick band he was in with Rick Nielsen. Petersson rejoined Cheap Trick in 1988 for their "Lap of Luxury" album which went platinum and included the #1 hit song "The Flame". Petersson contributes to the writing of music and was the first bassist to play a 12 string bass guitar. Petersson is married to wife Alison Petersson. He has a son, Liam, and a daughter, Lila. 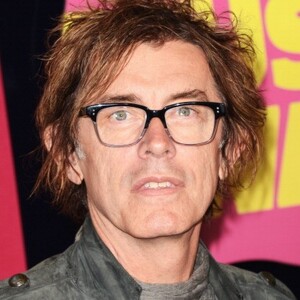