Tom Paxton Net Worth: Tom Paxton is an American folk singer and songwriter who has a net worth of $5 million. Tom Paxton was born in Chicago, Illinois in October 1937. At 15 he started to play the ukulele and at 16 he got a guitar. His debut album I'm the Man That Build the Bridges was released in 1962.

He signed with Elektra records and released his debut studio album Ramblin' Boy in 1964. All together he has released a total of 60 albums. Some of his most popular songs include "The Last Thing on My Mind", "Bottle of Wine", "The Marvelous Toy", "Ramblin' Boy", and "Whose Garden Was This". Tom wrote songs that were recorded by artists such as Bob Dylan, Pete Seeger, Judy Collins, Joan Baez, The Weavers, Harry Belafonte, The Seekers, Peter, Paul and Mary, Marianne Faithfull, The Kingston Trio, John Denver, Willie Nelson, and Dolly Parton. Paxton's songs cover topic such as the way children are taught lies, emotional stories about soldiers, civil rights and racial injustice, and patriotic and political themes. Paxton has also released several music books and the book The Honor of Your Company in 2000. He was honored with the ASCAP Lifetime Achievement Award in Folk Music in 2002. He was also nominated for four Grammy Awards and was given a Lifetime Achievement Award from the Recording Academy in 2009. 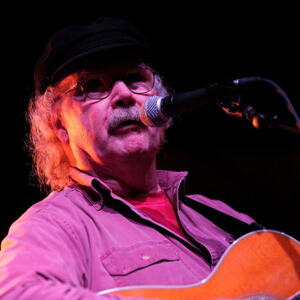