Tom Fogerty Net Worth: Tom Fogerty was an American musician who had a net worth of $10 million. Tom Fogerty was born in Berkeley, California in November 1941 and passed away in September 1990. Fogerty was best known for being the rhythm guitarist of the band Creedence Clearwater Revival. Tom's brother John Fogerty was the lead singer and guitarist in the band.

Tom started to sing rock and roll in high school. His band Spider Webb and the Insects was signed with Del-Fi Records. Tom and his brother John joined up and were part of the band The Golliwogs which later became Creedence Clearwater Revival. The band was formed in 1967 and Tom played rhythm guitar and piano as well as providing backing vocals. Their self-titled debut studio album was released in 1968. The album reached #1 in Australia and Japan and #52 in the United States. Tom would record a total of six albums with the band. All six of these albums reached #1 in either the US, Australia, Canada, Finland, Germany, Japan, the Netherlands, Norway, or the UK. Their 1970 album Cosmo's Factory reached #1 in all of those countries and was certified 4x Platinum. Their most popular singles included "Proud Mary", "Bad Moon Rising", "Green River", "Down on the Corner", "Fortunate Son", "Travelin' Band", "Who'll Stop the Rain", "Up Around the Bend", "Run Through the Jungle", "Lookin' Out My Back Door", "Have You Ever Seen the Rain?", and "Sweet Hitch-Hiker". The band sold over 50 million albums and singles worldwide. They were inducted into the Rock and Roll Hall of Fame in 1993. Tom Fogerty left the band in 1971 and became a solo artist. He released a total of six studio albums. Tom also released six albums as a part of the band Ruby. Tom Fogerty passed away on September 6, 1990 of AIDS at 48 years old. 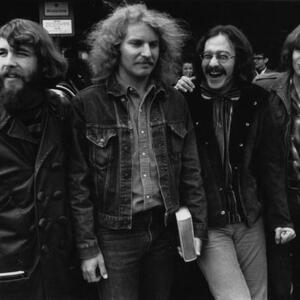