What is Tom DeLonge's Net Worth?

Tom DeLonge is an American musician, record producer, and entrepreneur who has a net worth of $70 million. DeLonge is best known for being the co-lead guitarist, vocalist, and founder of Blink-182, although he has since formed the band Angels & Airwaves. Known for his nasal singing voice, Tom experienced massive success with Blink-182 during the late 90s and early 2000s but was eventually fired from the group after internal tensions rose. Outside of music, DeLonge is an accomplished entrepreneur who has started a range of clothing companies. In addition, Tom is a notable filmmaker and UFO researcher.

Tom DeLonge was born on December 13th of 1975 in Poway, California. Raised in a middle-class household, Tom's father was an oil company exec and his mother was a mortgage broker. One of his first experiences with music was during a church camp when he played the guitar for the first time. He then received an acoustic guitar from a few friends at school one Christmas and started composing original songs for his two siblings.

During this period, Tom became an avid skateboarder and started listening to punk music. Although he was constantly trying to start a band during his youth, he also spent most of his time skateboarding during his free time. During his last year of high school, Tom's parents divorced and he moved out not long afterward.

Tom first started Blink-182 when he was 17 and still in high school. Drummer Scott Raynor and bassist Mark Hoppus started to jam and write music with DeLonge. In 1994, they recorded a demo cassette entitled "Buddha," which raised the band's credibility in the local scene. They were eventually signed by Cargo Records and released their debut album, "Cheshire Cat," in 1995. The album fell on deaf ears, but critics later discovered its merits.

After touring extensively, Blink-182 became a sought-after band in the eyes of multiple records labels. They eventually signed a new deal with Epitaph Records and released a second album, "Dude Ranch." Although the album reached gold status, Raynor was fired after his heavy drinking impacted the performance of the band. Travis Barker stepped in to replace Raynor as the new drummer.

The album "Enema of the State" was released in 1999 and propelled Blink-182 to insane levels of stardom. Singles like "What's My Age Again?" and "All the Small Things" became some of the biggest hits of that era. "Enema of the State" went on to sell more than 15 million copies. A period of touring followed, and Tom followed up with "Box Car Racer," a side project and album released in 2002.

The fact that only Travis Barker and DeLonge worked on "Box Car Racer" made Hoppus feel slighted, and it sparked tension within the band. After the release of Blink-182's eponymous album in 2003, Tom DeLonge became more and more distant from the band, which eventually resulted in his dismissal.

After the dissolution of Blink-182, Tom started a new band called Angels & Airwaves. Tom reunited with the remaining members of Blink-182 in 2008 and released another album called "Neighborhoods." He then left the group once again in 2015 and recorded his first solo album called "To the Stars… Demos, Odds and Ends." 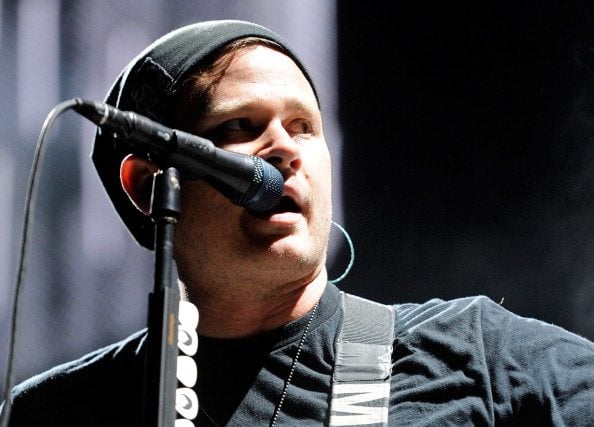 Tom DeLonge became involved in entrepreneurship from an early age, as he wasn't convinced of Blink-182's potential at the beginning of his musical career. In the late 90s, he started a holding group called Really Likable People (RLP). After investing $20,000 into the holding group, he created a website that sold clothing for youths. In 2001, he and a close friend started Atticus Clothing. DeLonge followed up a year later with Macbeth Footwear. In 2005, Atticus Clothing was sold.

In 2007, Tom started a company called Modlife. This company allowed musicians to use an online platform to easy create websites and fan clubs with a focus on monetization. As of 2017, Midlife's website was no longer active – however the company had clients such as Pearl Jam and Kanye West at one point. Tom also launched a website called Strange Times, which focused on conspiracy theories, UFOs, and other similar content.

Tom DeLonge is one of the most vocal and prominent UFO researchers of the modern era. Since his youth, DeLonge has had a strong belief that aliens exist. In 2015, DeLonge started To The Stars, Inc., an entertainment company with an aerospace and science division. This branch of his company is dedicated to UFO research. In 2018, this company announced that incurred losses of over $37 million.

In 2019, Tom's company merged into To the Stars Academy of Arts & Sciences, and it produced the History Channel television show "Unidentified: Inside America's UFO Investigation." In 2020, the Pentagon released three videos that had been previously released by Tom's company in 2017.

In 2020, it was reported that Tom DeLonge had sold the rights to his entire catalog of Blink 182 songs. London-based Hipgnosis Songs purchased 100% of his copyright for 157 Blink 182 songs, including hits like "All the Small Things."

In 2008, Tom apparently listed a house in Rancho, Santa Fe, California for around $6.3 million. He initially purchased this residence in 2005 for $5.5 million in 2005. The 6,183-square-foot home features stunning views of the surrounding mountains, a hobby room, and cherry wood ceilings. The property also sits on 1.5 acres of land, and public records also suggested that DeLonge owned two adjacent parcels at the time of this listing.

In 2018, DeLonge sold his home in Del Mar, California for $3.8 million. The 2,800-square-foot, four-bedroom home features a half-pipe for whenever Tom feels like skateboarding. He had owned the residence for eight years prior to its sale, and he originally listed the home for $3.995. 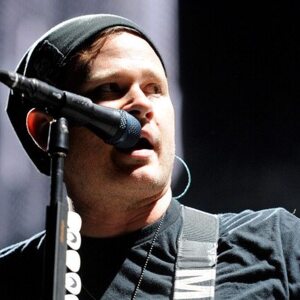