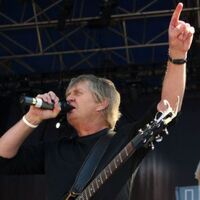 What is Tom Cochrane's Net Worth?

Tom Cochrane is a Canadian musician and singer-songwriter who has a net worth of $10 million. Tom Cochrane is known for his solo work and for fronting the Canadian rock band Red Rider. With the band he recorded six studio albums and a live album. They were at one point known as Tom Cochrane & Red Rider. Cochrane launched his solo career in 1991 with his debut solo album "Mad Mad World." That album sold six million copies thanks largely to the smash hit single "Life is a Highway," which reached #1 on the Canada RPM 100 chart and #6 on both the US Hot 100 and US Mainstream Rock charts. In 2006 country rock band Rascal Flatts had a hit with a cover of the song. With Red Rider his best known song is "Lunatic Fringe" which reached #11 on the US Mainstream Rock chart. Cochrane has won seven Juno Awards and is a member of the Canadian Music Hall of Fame. He was inducted into the Canadian Walk of Fame in 2009 and is an Officer of the Order of Canada.

Cochrane was born on May 14, 1953 in Lynn Lake, Manitoba, Canada. When he was still very young, his family moved to Ontario. His father was a bush pilot in various parts of Canada. Cochrane was interested in music and began writing songs from a young age and wrote his first song at the age of 11. Soon afterward, he got his first guitar and by the time he was in his teens, he was playing in a variety of local bars and clubs. 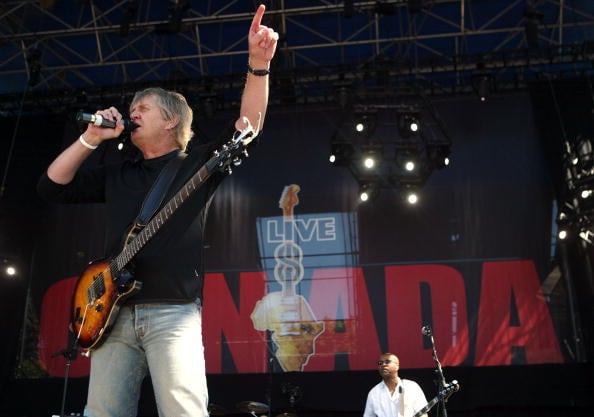 
Cochrane released his debut solo album in 1974 at the age of 21. "Resistance" was released on Daffodil Records, though it was later rereleased by Capitol Records in 1987 after Cochrane had become more popular.

After playing for a number of years on his own, Cochrane joined the Canadian rock band, Red Rider, after meeting them at the El Mocambo tavern in Toronto in 1978. Her served as their lead singer and primary songwriter for over ten years. The band included members Ken Greer, Jeff Jones, Peter Boynton, and Rob Baker. From the time they debuted as a band until 1985, they were under the management of Bruce Allen. In 1986, the band started billing itself as Tom Cochrane & Red Rider. Cochrane's time with the band produced six studio albums, a live album, a box set, and a best-of album. The band took a break from performing together in the 1990s but some of the members, including Cochrane, reunited in 2002 and continue to occasionally perform together.

Life is a Highway

Outside of his time with Red Rider, Cochrane also developed a very successful solo career. Because of his success with the band, Cochrane became a household name in Canada. He decided to launch his solo career in 1991 with the release of the song, "Life is a Highway." The single became a global success. It was a number one hit in Canada and charted as number six on the US Billboard Hot 100 charts. It also reached the top three in both Australia and New Zealand. In the years since, the song has been covered multiple times by artists like Chris LaDoux and Rascal Flatts. It was also featured on the soundtrack to the popular animated film, "Cars."

"Life is a Highway" was released ahead of Cochrane's second solo album, "Mad Mad World." The album was both a commercial and critical success. It earned Cochrane four June Awards including Album of the Year, Single of the Year, Male Vocalist of the Year, and Songwriter of the Year. The album achieved Diamond status sales in Canada as it sold over a million copies in that country alone. Over the next few decades, Cochrane continued releasing solo music. He released the album "Ragged Ass Road" in 1995 followed by "Xray Sierra" in 1999. In 2006, he released "No Stranger" and then released "Take it Home" in 2015. In 2016, "Mad Mad World" was re-released as a deluxe edition that also featured a live concert recording from a 1992 Chicago tour stop. The release was in honor of the album's 25th anniversary. The next year, Cochrane also released a coffee table book about the history of the album.

Throughout his career, Cochrane has received a number of award and accolades. He was also inducted into the Canadian Music Hall of Fame in 2003 for his outstanding contribution to the greater recognition of Canadian Music. During the award ceremony, Cochrane was joined onstage at the close of the show by fellow Canadian country artist Shania Twain in a performance of "Life Is a Highway."

In 2008, Cochrane received one of the highest honors for a Canadian citizen when he was invested as an officer of the Order of Canada. He was honored for his lifetime of charity work and his contribution to the arts. The following year, in 2009, he was inducted onto Canada's Wall of Fame. He also was given the Allan Waters Humanitarian Award in 2013 and the Henry H. Knowles Humanitarian Award in 2014.

In October of 2016, the Manitoba government near Cochrane's hometown named a section of the highway around Lynn Lake "Tom Cochrane's Life is a Highway," as a way of honoring his influence on Canadian music.

Cochrane began dating Kathy Cochrane in 1983 and they were later married. Together they have two daughters together, Cody and Evanne. The family has a home in Oakville, Ontario as well as a cottage and studio on the shores of Georgian Bay in Northern Ontario. Cochrane also spends part of the winter at his home outside of Austin, Texas. He enjoys golfing, flying planes as he is a licensed pilot, and watching hockey.