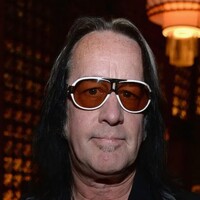 What Is Todd Rundgren's Net Worth?

Todd Rundgren was born Todd Harry Rundgren on June 22, 1948, in Philadelphia, Pennsylvania. His mother, Ruth, was of German and Austrian descent, and his father, Harry, was of Swedish heritage. Rundgren grew up in Upper Darby, and as a child, he loved his parents' record collection. Todd taught himself to play guitar, and he enjoyed listening to bands such as the Beatles, the O'Jays, the Yardbirds, and the Rolling Stones. When Rundgren was 17, he formed the band Money with his best friend Randy Reed and Randy's younger brother. Todd attended Upper Darby High School, and after graduating in 1966, he moved back to Philadelphia and joined the blues rock group Woody's Truck Stop. He spent eight months with the group, and they became Philadelphia's most popular band. Rundgren and bassist Carson Van Osten left Woody's Truck Stop to form a rock band, Nazz, which signed with the Atlantic Records imprint Screen Gems Columbia in 1968. 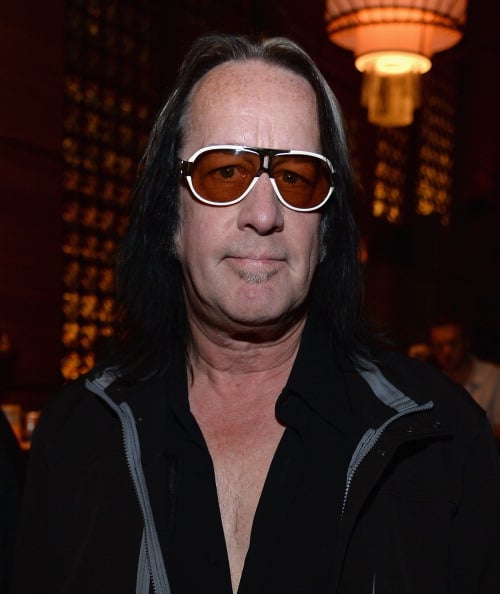 In 2005, Todd joined The New Cars, which also included Greg Hawkes and Elliot Easton of the Cars as well as drummer Prairie Prince and vocalist/bassist Kasim Sulton. Rundgren said the project was "an opportunity… for me to pay my bills, play to a larger audience, work with musicians I know and like, and ideally have some fun for a year." In 2011, he released "Todd Rundgren's Johnson," an album of Robert Johnson covers, and a few months later, he followed it with "(re)Production," which featured covers of songs he had produced for other artists. On the 2017 album "White Knight," Todd collaborated with artists such as Daryl Hall, Donald Fagen, Joe Walsh, Trent Reznor, John Boutté, and Joe Satriani. In 2019, Rundgren toured with Micky Dolenz, Christopher Cross, Jason Scheff, and Joey Molland on the "It Was Fifty Years Ago Today – A Tribute to the Beatles' 'White Album'" tour, and in 2022, he released the album "Space Force."

In 1972, Todd began dating model Bebe Buell. When they were on a break, Buell briefly dated Steven Tyler, and on July 1, 1977, she gave birth to a daughter she named Liv. Bebe originally said that Todd was Liv's biological father and named her Liv Rundgren. The couple spilt up not long after Liv's birth, and when she was 11 years old, she found out that Steven Tyler was actually her biological father. In 2012, Liv Tyler spoke to "Wonderland" magazine about her relationship with Todd, stating, "I'm so grateful to him, I have so much love for him. You know, when he holds me it feels like Daddy. And he's very protective and strong."

Rundgren welcomed two sons, Rex and Randy, with Karen Darvin in the '80s, and he has a son named Rebop with his wife, Michele Gray. Michele was a backup singer on Todd's tour for his 1989 album "Nearly Human," and the couple married on June 22, 1998.

In 1984, Rundgren earned a Grammy nomination for Best Music Video, Short Form for "Videosyncracy" and in 1995, he won a BMI Film Music Award for his work as a composer on "Dumb and Dumber." That year the UC Berkeley Popular Culture Society honored Todd with a Berkeley Lifetime Achievement Award, and in 2017, he received honorary doctorates from the Berklee College of Music and DePauw University.