Todd Harrell Net Worth: Todd Harrell is an American musician who has a net worth of $200 thousand dollars. (Robert) Todd Harrell was born February 13, 1972 in Escatawpa, Mississippi. He is best known as a founding member of the band 3 Doors Down. The band originally consisted of Brad Arnold (vocals/drums), Todd (bass) and Matt Roberts (guitar). They were soon joined by guitarist Chris Henderson, and later by drummer Richard Liles, who played for the band during their tour supporting their first album. The band rose to international fame with their first single, Kryptonite, which charted in the top three on the Billboard Hot 100 chart. Unfortunately, what eventually followed for Harrell was a string of legal troubles. In April 2013, Harrell caused a fatal crash in Nashville after he drove under the influence. Harrell was under the influence when he was speeding down the interstate and clipped the back of a pickup. The driver of the truck, 47-year-old Paul Shoulders, Jr. was killed. He eventually served two years in prison for the offense. In 2014, his band 3 Doors Down made the announcement that Harrell had been fired from the band. In October 2018, Todd Harrell was sentenced to 10 years in Mississippi prison for possession of a firearm by a felon. In June of 2018 police visited Harrell's home responding to an alarm. While searching the home they found drugs and weapons. The 10 year sentence was the maximum penalty. 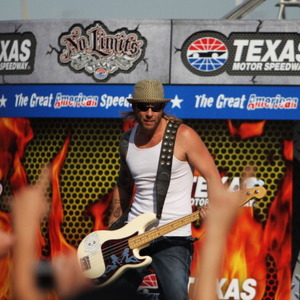