Timothy B. Schmit Net Worth

What is Timothy B. Schmit's Net Worth?

Timothy B. Schmit is a musician, singer, and songwriter who has served as the vocalist and bassist for the rock bands the Eagles and Poco. Timothy B. Schmit has a net worth of $25 million. Interestingly, in both bands, he replaced band member Randy Meisner. In addition to these groups, Schmit has a decades-long career as a solo artist, and has contributed his vocals to numerous songs and albums by other artists.

Timothy B. Schmit was born in 1947 in Oakland, California, and was brought up in Sacramento. Exhibiting a passion for the arts early on, he took tap dance lessons as a young child. At the age of 15, he started performing with the folk music group Tim, Tom & Ron, which evolved into a surf band called the Contenders. The group later changed its name to the New Breed, and had one significant radio hit: 1965's "Green Eyed Woman." The band changed its name again, this time to Glad, and recorded the 1968 album "Feelin' Glad."

In 1968, Schmit auditioned for the country rock band Poco, but was ultimately turned down in favor of founding member Randy Meisner. However, after Meisner quit the group in 1969, Schmit took his place on vocals and bass. Schmit went on to work on nine of Poco's studio albums and two lives albums, and also composed a number of its songs. During Schmit's tenure from 1969 to 1977, he performed on such albums as "From the Inside," "Crazy Eyes," "Seven," and "Head over Heels." His last album with the group was "Indian Summer," which is also notable for featuring Donald Fagen from Steely Dan on synthesizer. Among the songs written by Schmit was "Keep on Tryin'," which became Poco's biggest hit single when it was released in 1975.

Following his time with Poco, Schmit joined the rock band the Eagles in 1977, once again replacing Randy Meisner on vocals and bass. He subsequently appeared on the group's sixth studio album, 1979's "The Long Run"; certified seven-times Platinum, it spawned the singles "Heartache Tonight" and "I Can't Tell You Why," the latter of which Schmit cowrote and sang lead vocals on.

Not long after "The Long Run," the Eagles disbanded. The group returned over a decade later with the 1994 live reunion album "Hell Freezes Over," which debuted at number one on the Billboard album chart. On the album, Schmit sang lead vocals on the song "Love Will Keep Us Alive." The Eagles didn't release another album until 2007's "Long Road Out of Eden," the band's first double album. Debuting at number one on the Billboard chart, it launched the hit singles "Busy Being Fabulous," "How Long," and "No More Cloudy Days," among others. The album went on to win two Grammy Awards for both "How Long" and the instrumental track "I Dreamed There Was No War." 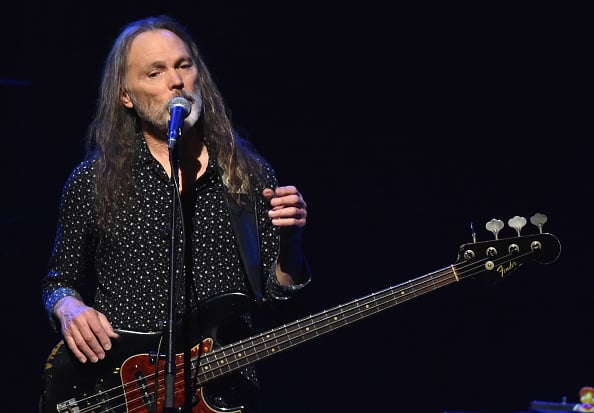 After the breakup of the Eagles in 1980, Schmit embarked on a solo career doing vocals and bass for studio sessions. He contributed to a myriad of hit songs, including Don Felder's "Heavy Metal (Takin' a Ride)," Bob Seger's "Fire Lake," and Toto's "Africa" and "I Won't Hold You Back." Additionally, he has sung background vocals on a plethora of songs, such as Don Henley's "Dirty Laundry," Richard Marx's "Don't Mean Nothing," and Stacey Q's "Heartbeat." Schmit also contributed backing vocals to the Steely Dan albums "Pretzel Logic," "The Royal Scam," and "Aja," and sang backing vocals on the 1978 Andrew Gold hit "Never Let Her Slip Away."

Schmit has also released a number of his own studio albums. The first, "Playin' it Cool," came out in 1984. It was followed in 1987 by "Timothy B," which spawned Schmit's best-selling single, "Boys Night Out." Subsequent albums include "Tell Me the Truth," "Feed the Fire," "Expando," and "Leap of Faith."

Beyond his touring with the Eagles, Schmit toured with the rock band Toto in 1982. From 1983 to 1985, he toured as a member of Jimmy Buffett's Coral Reefer Band, and coined the term Parrotheads to refer to Buffett's fans. Later, in 1992, Schmit was a part of Ringo Starr & His All-Starr Band. In 2000, he toured with Dan Fogelberg, who released a live album from recordings of the tour.

In 2012, Schmit was honored with an honorary doctorate of music from Boston's Berklee College of Music. 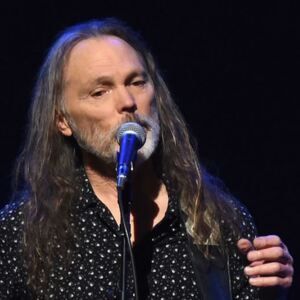