Tim Reynolds net worth: Tim Reynolds is an American musician and multi-instrumentalist who has a net worth of $10 million dollars. Tim Reynolds was born on a military base in Wiesbaden, Germany. He grew up all over the world, but spent one extended period of time in Kansas. His family was devoutly Christian, and the only non-Christian music he listened to growing up was The Beatles.

He learned to play the guitar and electric bass guitar so that he could play with the local church choir. After he graduated from high school and moved away from home, he began experimenting with other types of music and eventually started his own group called, the Tim Reynolds Three, in the early 90s. In 1991, he met Dave Matthews. They became friends and toured as a duo in the late 90s, performing each other's work in popular acoustic sets. He has also toured with Dave Mathews and Friends, and has appeared on many Dave Mathews albums. He continues to tour, perform, and record, with his own group and as a solo artist. 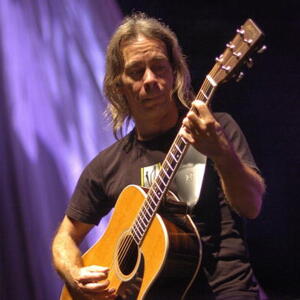