Tim McIlrath Net Worth: Tim McIlrath is an American punk rock musician and activist who has a net worth of $6 million dollars. Born in Indianapolis, Indiana on November 3, 1978, Tim McIlrath is best known for being the frontman of the band Rise Against. He is also straight-edge and is an animal rights advocate.

He has been active in the music industry since 1995 and is fluent in vocals, piano, guitar, and bass. He specializes in melodic hardcore, punk rock, metal, and alternative rock music. McIlrath, through all of his bands including Baxter, Arma Angelus, Rise Against, and The Killing Tree, has been affiliated with record labels such as Fat Wreck Chords, Geffen, DGC, and Interscope. His notable instruments include a Gibson Les Paul, a Gibson SG, and a Taylor 814ce. He attended Rolling Meadows High School as well as Northeastern Illinois University where he studied English and Sociology. Though McIlrath has been in several bands, his current and most relevant project is Rise Against, which formed in 1999. They signed to Fat Wreck Chords and released their first album, The Unraveling, in 2001. Rise Against has released seven studio albums to date. 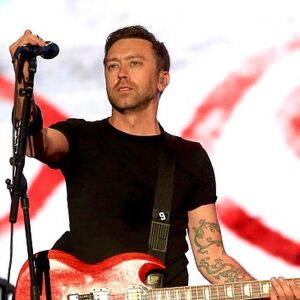