Tim Commerford net worth: Tim Commerford is an American musician who has a net worth of $20 million. Tim Commerford was born in Irvine, California in February 1968. He is best known for being the bassist and backing vocalist for the band Rage Against the Machine as well as the super group Audioslave.

Commerford was ranked #8 on Paste magazine's 2014 list of 20 Underrated Bass Guitarists. Rage Against the Machine formed in Los Angeles, CA in 1991. As of 2010 they had sold 16 million records worldwide. The band released their self-titled debut studio album in 1992 and it became 3x Platinum in the United States. Their second album Evil Empire was released in 1996 and reached #1 in the US, France, and Sweden. The band's 199 album The Battle of Los Angeles reached #1 in the US, Canada, and New Zealand. Their fourth album Renegades was released in 2000. Rage Against the Machine's best known single is "Bulls on Parade". Commerford was a part of the super group Audioslave which formed in 2001 as basically Rage ATM with Soundgarden's Chris Cornell on vocals. Their self-titled debut album was released in 2002 and was 3x Platinum in the US. Audioslave had success with their second and third albums Out of Exile and Revelations. In 2014 Commerford co-founded the band Future User. 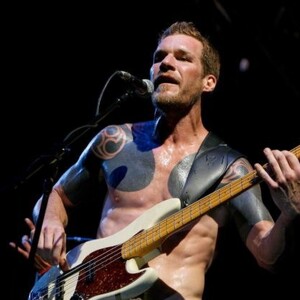