How much is Tim Bogert Worth?

Tim Bogert Net Worth: Tim Bogert is an American musician who has a net worth of $5 million. Tim Bogert was born in New York City, New York in August 1944. He is a bass guitarist and vocalist who is best known for being part of the bands Vanilla Fudge, Cactus, and Beck, Bogert & Appice. Vanilla Fudge formed in 1966. Their self-titled debut studio album was released in 1967 and reached #6 on the US Top 200 chart. Their next four albums all charted within the top 35. Vanilla Fudge has released a total of eight albums. Their most popular single is "You Keep Me Hanging On". The band has had many hiatuses and Bogert retired from touring with them in 2011. He formed the band Cactus in 1970. The band released their self-titled debut studio album in 1970 and went on to release a total of five albums. Beck, Bogert & Appice were active from 1972 to 1974. They featured Tim Bogert, Jeff Beck, and Carmine Appice. Bogert played bass for Bob Didley's The 20th Anniversary of Rock 'n' Roll all-star album. He joined Bob Weir's side project Bobby & The Midnites and then the band Boxer. Bogert was recognized by The Hollywood Walk of Fame in 1999. 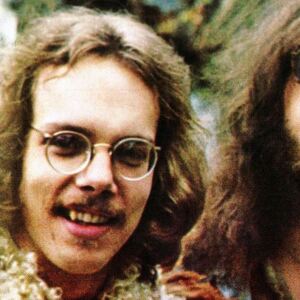