Till Lindemann Net Worth

in Richest Celebrities › Rock Stars
Till Lindemann Net Worth:
$8 Million

Till Lindemann net worth: Till Lindemann is a German musician, composer, and poet who has a net worth of $8 million. Till Lindemann was born in Leipzig, Saxony, East Germany. He was a strong athlete during childhood and attended a sports school. He went on to compete in the European Junior Swimming Championships, and was subsequently invited to the Olympics.

However, an injury ended his swimming career. He worked various odd jobs as a teenager and young adult, before beginning his music career as a drummer. He appeared with various bands, before he began writing his own music. In 1994, he founded the group, Rammstein. Rammstein went on to become one of the most popular heavy metal/goth bands in the world. The group is known as much for their over-the-top performances involving fire and simulated sex acts, as for their music. Till Lindemann actually decided to earn his pyrotechnic license because the use of fire in their shows caused so many injuries and damages in the past. He has also served as guest performer for a number of other artists and has published two books of poetry. 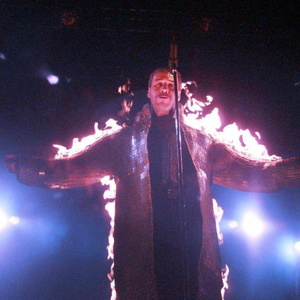