Tico Torres Net Worth:  Tico Torres is an American drummer, musician, and artist who has a net worth of $20 million. He is best known as the drummer for Bon Jovi. In 2018, Torres was inducted into the Rock and Roll Hall of Fame along with the other members of Bon Jovi.

Early Life: Tico Torres was born  Hector Juan Samuel Torres in New York on October 7, 1953. He grew up in Woodbridge, New Jersey. His parents Hector and Emma emigrated to the U.S. from Cuba in 1949. Torres attended John F. Kennedy High School. Torres was a fan of jazz growing up. He first started out playing the guitar, but in 1967, when he was 14, his cousin introduced him to the drums. He was influenced by The Beatles and Joe Morello back in his teen years.

In 1969, when he was in high school, he played drums in Six Feet Under, a psychedelic rock band. By the time he joined Bon Jovi in 1983, Torres was a seasoned musician who had played live in New Jersey rock clubs with Joe Cerisano's R-Band as well as in the studio with Pat Benatar, Chuck Berry, Cher, Alice Cooper, and Stevie Nicks, among others. Torres also auditioned for Kiss in 1980 after Peter Criss left the band.

Career: Torres' path to joining Bon Jovi was through Alec John Such. The two met when Torres was playing in a band called Phantom's Opera. Such introduced Torres to Jon Bon Jovi and at first Torres was a bit bothered by the fact that Jon was nine years younger than him. Torres was 30 at the time. However, Jon charmed Torres with his personality and his performance and he joined the band. Torres is primarily a drummer but he has sung lead vocals on the box set "100,000,000 Bon Jovi Fans Can't Be Wrong." He also provided back up vocals on a number of Bon Jovi's early songs including the iconic "Born to Be My Baby." His discography with the band includes "Bon Jovi," "7800 Degrees Fahrenheit," "Slippery When Wet," "New Jersey," "Keep the Faith," "These Days," "Crush," "Bounce," "Have a Nice Day," "Lost Highway," "The Circle," and "What About Now." He is also credited on "Face Facts" with T. Roth and Another Pretty Face and "Stranger In This Town" with Richie Sambora.

As a drummer, Torres used Pearl drums and hardware starting in 1984 until Richie Sambora's last show with Bon Jovi in April 2013. At that point, he switched to DW and a custom drum kit made out of cherry wood that Torres designed. He also uses Paiste cymbals, Remo drumheads, and Easton Ahead drumsticks, grip tape, and gloves.

Torres is also an artist and has exhibited his paintings since 1994. Torres paints scenes from everyday life as well as his life with Bon Jovi. One of his paintings was featured in a video for the Bon Jovi song "Who Says You Can't Go Home."

A common misconception is that he cannot sing. He revealed that his voice is rough in a similar way to Louis Armstrong's.

Personal Life: Torres was married when he joined Bon Jovi, but that ended soon after he joined the band in 1983.

Torres and model Eva Herzigova married in New Jersey in 1996. The ceremony was attended by their closest family and friends including members of Bon Jovi and Donald Trump. Torres and Herzigova divorced in 1998.

In September 2001, Torres married Maria Alejandra. They have a son, Hector Alexander, who was born in January 2004.

Torres loves to golf. He never travels without his golf clubs, which has given him the opportunity to play at many of the world's greatest golf courses.

He is good friends with musician Huey Lewis from Huey Lewis and the News.

Torres was rushed to the hospital with severe pain in his abdomen in 2013. He had emergency gall bladder surgery.

In 2012, Tico Torres was elected to the Amazon Conservation Team's Board of Directors. He is a financial supporter of the organization, and in 2014 visited field sites in the Amazon with them.

Torres is a supporter of the Make-A-Wish Foundation. 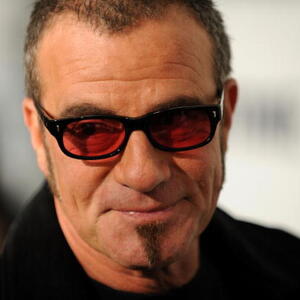