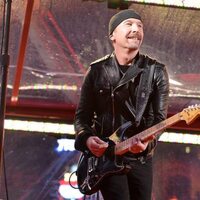 The Edge Net Worth

in Richest Celebrities › Rock Stars
The Edge Net Worth:
$400 Million

What is The Edge's Net Worth?

The Edge is a British-born, Irish musician who has a net worth of $400 million. His real name is David Evans, and he's probably best known for being the lead guitarist and keyboardist of the band U2. Evans is a founding member of the group and has also released a solo album. Like the rest of the members of U2, The Edge is known for his dedication to human rights and various other movements. Evans is considered one of the greatest guitarists of all time, and his musical style has been described as "understated."

Table of Contents
💰 Compare The Edge's Net Worth

David Howell Evans was born on August 8th of 1961 in Essex, England. David was raised as a Protestant by Welsh parents alongside one sibling (an older brother who was once a member of U2). When David was just a one-year-old, his family relocated to Dublin, Ireland after his father was hired for a new job. David received music lessons early in his life, and by the age of seven, he received his first guitar as a gift. He also trained as a pianist.

During his secondary school years, Evans and his brother joined a band alongside Paul "Bono" Hewson, Larry Mullen Jr., and Adam Clayton. In 1978, the band gained the name "U2." During this period, Evans also gained a name of his own: "The Edge." Not much is known about why he was given this name, but some theories point to the angular shape of his head.

Although U2 first started performing in the late 70s, it wasn't until the 80s that they started touring extensively. They also released their debut album, "Boy," in 1980. During the early 80s, Evans wrote the song "Sunday Bloody Sunday." U2 went on to become one of the most famous and commercially successful bands in the world, releasing multiple critically-acclaimed albums and chart-topping hits over the decades.

Outside of his work with U2, David Evans is known for collaborating with a range of other artists. These include Johnny Cash, Tina Turner, Jay-Z, and Rihanna. Both he and Bono wrote the theme song for the James Bond film "GoldenEye."

Evans married his high school sweetheart, Aislinn O'Sullivan, in 1983. They had three children together before separating in 1990. In 1993, The Edge started dating Morleigh Steinberg, a professional dancer who had previously appeared on stage alongside U2. They were married in 2002, and the couple has had two children together. 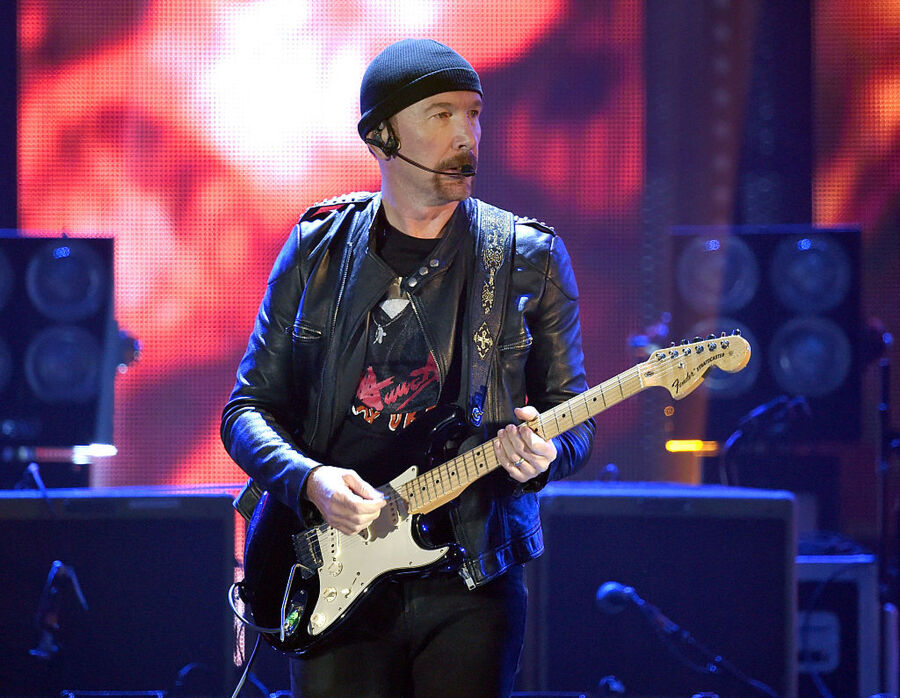 
One of Evans' most famous real estate deals involved a plan to build a $100 million family home in Malibu. The entire process started rather normally – Evans and his family purchased a 151-acre plot in the Sweetwater Mesa area for $9 million in 2005. The issues arose when the guitarist started planning out how he would develop the raw land. It was quickly revealed that The Edge wished to create a sprawling, 5-mansion compound all across the 151 acres of untouched Californian mountains.

As soon as he started to take these plans public, legal issues started to arise. Various environmentalist groups accused Evans of planning to "pave over paradise." There were notable concerns about public beach access and the destruction of the existing natural splendor in the area. Evans did not back down and instead invested heavily in legal action. His goal was to prove that his development plans would have a minimal impact on the environment.

First, he tried to convince the government of California and concerned residents that his mansions would be very inconspicuous and that they would seamlessly blend into the mountainside. The Edge then spent $400,000 on geological studies in an effort to prove the development would not cause landslides, as many residents feared might be the case. Next, he set aside acres of land and pledged $1 million for the construction of a public hiking trail through his property.

Evans' entire legal team consisted of consultants, lobbyists, and design specialists. However, his efforts fell on deaf ears, as his plans were deemed more environmentally devastating than any previous Malibu developments in the past 40 years. One major concern was the widespread growth of purple needle grass across his 151 acres, which is an environmentally-protected plant species.

Years went by, and at one point The Edge managed to win the approval of all 12 commissioners after dramatically scaling back his development plans. Unfortunately for Evans, his hopes were once again dashed when the Santa Monica Mountains Tasks Force, a chapter of the Sierra Club, stepped in and filed a lawsuit against Evans. As a result of the appeals and court decisions that followed, The Edge's plans were once again denied.

As it turned out, the organization that Evans had been trying to gain approval from (the Coastal Commission) didn't actually have the authority to grant permission for his developments. This meant that The Edge had spent millions of dollars trying to get permission from the wrong people. This brings us to 2019 – a year when Evans started to consider whether to give up on his dreams or go through this entire legal process once again – this time with the Los Angeles County of Regional Planning. Even if he does succeed in the years to come, the Sierra Club is likely to sue him once more.

As of this writing Evans has spent over $10 million on legal and lobbying fees. According to the plans for his dream home, the project will cost him at least $80 million. At least $24 million is needed to create the access road alone.