Teddy Campbell net worth: Teddy Campbell is an American gospel music drummer who has a net worth of $5 million dollars. Teddy Campbell was born in Chicago, Illinois in 1975 where he began playing drums in church as a child. In the mid 1990's, Campbell moved to Los Angeles to pursue a gospel music career. In Los Angeles, he served as the music director and drummer for a number of high profile artists, including Christina Aguilera, Britney Spears, and 98 Degrees, and also toured and performed with such artists as Stevie Wonder, Kelly Clarkson, Rod Stewart, and The Backstreet Boys. He is most widely recognized as the drummer for seven seasons of "American Idol", as well as the drummer for the house band on "The Tonight Show with Jay Leno" on NBC. He has performed for a number of live television events, including "The Kennedy Center Honors", VH1's "Divas Live", VH1's "Diva Duets", the Grammy Awards, and "America's Got Talent". He is married to Tina Atkins Campbell, one half of the Grammy-winning gospel duo, Mary Mary, and can be seen on the reality series, "Mary Mary" on WE TV. The couple has four children together, and one daughter from a previous relationship. 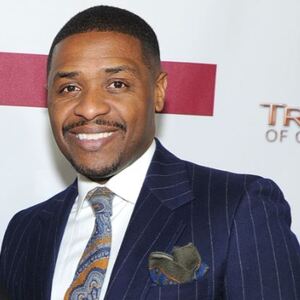