What is Ted Nugent's Net Worth?

Ted Nugent is an American rock musician who has a net worth of $10 million dollars. Known at the "Motor City Madman," Nugent is as known today for his outspoken political point of view (including heavy opposition to gun control) as he is for his hard rock discography featuring his distinctive guitar playing. A musician and vocalist, Ted Nugent is recognized for his time with The Amboy Dukes and for his solo work.

Born December 13, 1948 in Redford, Michigan. He grew up mostly in Detroit, and eventually attended high school in Illinois. The Nugents were a military family, but Ted himself never served, and in multiple interviews he's colorfully described the lengths he went to avoid being drafted in the Vietnam War, but he later claimed these stories were fabricated for entertainment value.

Nugent initially gained fame as the lead guitarist of a band called The Amboy Dukes. Today, the group is primarily known for its single "Journey to the Center of the Mind," which as you might be able to guess from the title is a psychedelic-themed song about drug use, a strong contrast to Nugent's anti-drug attitude throughout the rest of his career (he claimed later to have had no idea that the song was about drugs). Nugent continued to tour and record albums with The Amboy Dukes until 1975, when he embarked on his solo career.

Nugent is notable for such '70s hits as "Stranglehold," "Cat Scratch Fever," "Wango Tango," and "Great White Buffalo" —songs which still get airplay today on classic rock radio stations around the country. Throughout the 70s, Nugent cultivated a reputation as an electric guitar virtuoso, with albums like Double Live Gonzo! becoming revered recordings among guitar fans.

The 1980s saw Nugent continuing to release solo albums, but towards the end of the decade he linked up with the rock supergroup Damn Yankees along with Jack Blades of Night Ranger and Tommy Shaw of Styx. Then, in 1995, he went back to solo work with the album Spirit of the Wild, which earned him some of the best reviews of his career. During this period he also presided over a series of archival releases from the prime of his ability, which helped contribute to his continued relevance through the end of the millennium. 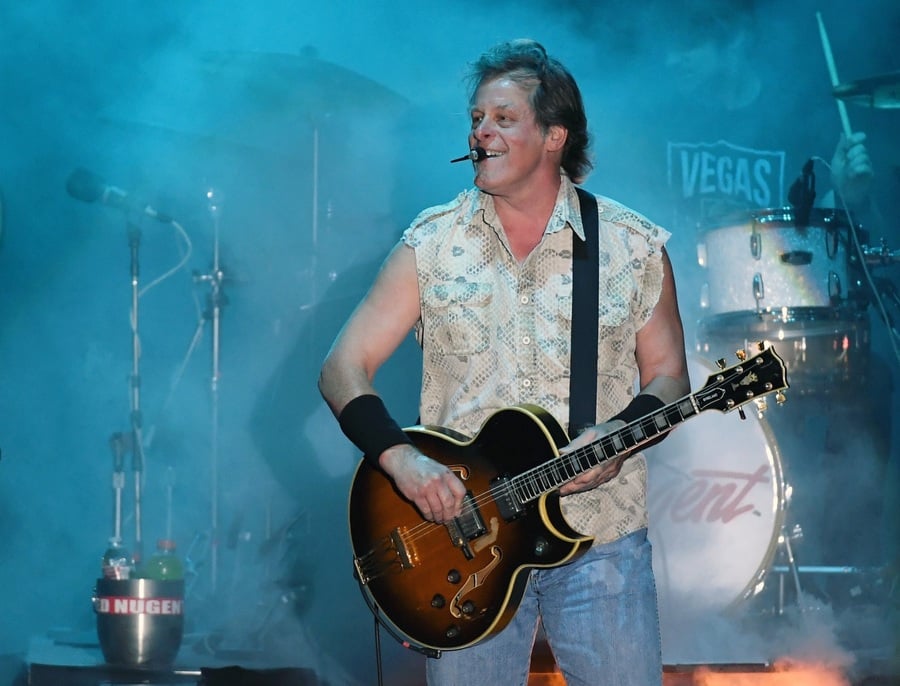 Nugent has also starred in such reality shows as Spirit of the Wild (an outdoor television show named after one of his own popular songs of the same name), and in 2003, he was the host of a VH1 reality television show called Surviving Nugent, where city dwellers moved to Nugent's Michigan ranch and had to survive such backwoods activities as building an outhouse and skinning a boar. The success of the show spawned a four-part miniseries in 2004 called Surviving Nugent: The Ted Commandments, during which time Nugent injured himself with a chainsaw and earned 44 stitches and a leg brace. In 2003 Nugent appeared on VH1 reality series Forever Wild, hosted by fellow rock musician Sebastian Bach. In 2005 he was the host of Wanted: Ted or Alive, yet another reality competition featuring contestants vying for the chance to go hunting with Nugent. In 2006 he returned to VH1 for SuperGroup with Bach, Scott Ian of Anthrax, Biohazzard bassist Evan Seinfeld, and Jason Bonham, son of the famous Led Zeppelin drummer John Bonham. His last reality show project was in 2009, when Runnin' Wild … From Ted Nugent appeared on Country Music Television.

Nugent has also dabbled in movies and non-reality television throughout his time in the public eye. Way back in 1976, Nugent could be seen in the documentary Demon Lover Diary about the making of the horror film The Demon Lover providing the crew with firearms that would be used in the film's production. In 1986 he portrayed a bad guy on an episode of Michael Mann's popular cop series Miami Vice, which also featured a song of Nugent's on the soundtrack. In 2001 he returned to TV with a cameo on the sitcom That '70s Show, on which he played himself, something he also did on the animated series Aqua Teen Hunger Force in 2004. Other Ted cameos include The Simpsons, Seth MacFarlane's Cavalcade of Cartoon Comedy, the music video for Nickelback's "Rockstar," and the film Beer for My Horses, based on the Toby Keith song of the same name.

Nugent is the author of several books, including Blood Trails: The Truth About Bowhunting, God, Guns, & Rock 'n' Roll, Kill It & Grill It, and Ted, White, and Blue: The Nugent Manifesto.

Ted Nugent has been married twice and has eight children. Nugent is no stranger to controversy. Known for his onstage vulgarity and outspoken stance on the right to bear arms and hunting, he continues to remain relevant in many arenas. He is on the board of the National Rifle Association (NRA) and a strong supporter of the Republican Party. He's attracted criticism from his fellow musicians as well as former fans for his views on guns, animal rights (or, from his point of view, their lack of rights), and has expressed an interest in running for office. He's also faced allegations of sexual misconduct, which he has denied.

Ted Nugent is linked to at least two real estate properties. His main residence in the city of Concord in his home state of Michigan (complete with a guitar-shaped pool), and another property in located in Waco, Texas. 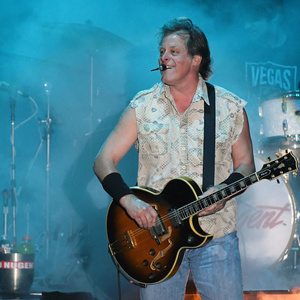