What was Taylor Hawkins' Net Worth?

Taylor Hawkins was an American musician who had a net worth of $40 million dollars at the time of his death in March 2022. Tragically, Taylor died on March 25, 2022 at the age of 50.

Taylor Hawkins became the drummer for the rock band, Foo Fighters" in 1997 after touring with Alannis Morrisette on her Can't Not Tour in support of her smash hit album Jagged Little Pill. He also had a side music project called Taylor Hawkins and the Coattail Riders.

Oliver Taylor Hawkins was born on February 17, 1972, in Fort Worth, Texas. In 1976, his family relocated to California and settled in Laguna Beach. Hawkins has two siblings, Jason and Heather. He attended Laguna Beach High School. As a teenager, he was influenced by the Police's Stewart Copeland and was a big fan of Queen's Roger Taylor and Jane's Addiction.

Jon Davison, the current singer with prog giants Yes, is a childhood friend of Hawkins'. The two knew each other since they were kids and played in several groups together, the best of which was the cover band Heavy Industry. The band played high school dances and a wedding. Hawkins' and Davison's paths diverged after their high school days playing in Heavy Industry. Hawkins spent time in a number of bad bands that, in his words, "tried to sound like Jane's Addiction." He joined the experimental band Sylvia however, he left the Orange County-based band to become the drummer of Sass Jordan. He then left Sass Jordan to tour with Alanis Morissette.


Hawkins was the drummer for Canadian musician Alanis Morissette for her "Can't Not" tour in 1995 and 1996. He appeared in a number of Morissette's music videos including "You Oughta Know," "All I Really Want," and "You Learn." Hawkins played for Alanis Morissette for 18 months before he got a fateful phone call from Dave Grohl.

In 1996, Foo Fighters entered the studio to record the band's second album The Color and the Shape. Conflict during recording erupted between Dave Grohl and then-drummer William Goldsmith. Grohl, after hearing Goldsmith's drum tracks, completely re-recorded the album with Grohl on drums. Goldsmith quit the band as a result. Grohl called Taylor Hawkins to see if he could recommend a drummer. At the time, Alanis Morissette was the biggest name in rock, and in no way did Grohl think Hawkins would leave her tour to join Foo Fighters. Much to Grohl's surprise, Hawkins said he wanted the gig. Taylor Hawkins officially joined Foo Fighters on March 18, 1997. 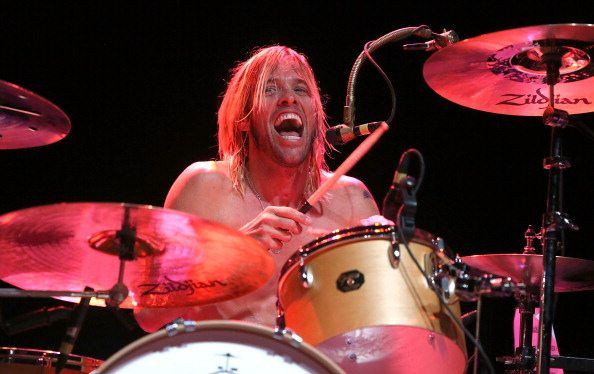 Career with The Foo Fighters

Ironically (see what we did there?) it was Alanis Morissette who predicted Hawkins' next move. While they were touring in support of her behemoth hit album Jagged Little Pill, they met the Foo Fighters. Afterward, she told Hawkins, "Dave's gonna ask you to join them someday." That was a year before Grohl called Hawkins.

In early 1997, the Foo Fighters were still relatively unknown and played club gigs or opened for bigger, more established bands like the Red Hot Chili Peppers. Fast forward 23 years and the Foo Fighters are one of the biggest bands in rock and have sold out Wembley Stadium in London for not just one night, but a two-night stand playing to about 86,000 people each night in 2008.

In 2006, Hawkins released a self-titled LP with his side project, Taylor Hawkins and the Coattail Riders. At Live Earth in 2007, Hawkins was part of the SOS Allstars with Roger Taylor of Queen and Chad Smith of the Red Hot Chili Peppers.

Hawkins has also been part of the documentaries Back and Forth, Sound City, and the HBO series Sonic Highways which was released in conjunction with the Foo Fighters' album of the same name.

Hawkins' band Taylor Hawkins and the Coattail Riders released their most recent album, Get the Monkey, was released in November 2019. It features guest vocals from a number of singers, including LeAnn Rimes, who sings on the track "C U In Hell." Rimes and Hawkins live in the same neighborhood and their kids go to the same school. He asked her one day if she wanted to sing on the "psychedelic stoner rock song" he was recording for the new album. Much to his surprise, she said yes. Rimes reportedly recorded the track by singing while laying on the floor of the studio. The album also includes vocals by Perry Farrell of Jane's Addiction — one of Taylor's high school favorites. Farrell sings on "I Really Blue It."

With Hawkins' multiple side projects, especially the ones where he's the frontman, it begs asking if the drummer for one of the most famous rock bands was really just a frustrated frontman. In an interview about his latest album, he said: "Am I a frustrated frontman? Yes, on a certain level."

Hawkins and his wife, Alison Hawkins were married from 2005 until his death in 2022. They have three children — Oliver,  Annabelle, and Everleigh. The Hawkins family resides in Hidden Hills, California (not far from Dave Grohl's place in Encino).

Hawkins overdosed on heroin in 2001, which put him in a coma for two weeks. After this incident, he clarified that he wasn't an addict or junkie, he'd just been partying a lot.

In 2005, Hawkins was in London with the Foo Fighters in support of  There Is Nothing Left To Lose when his mom called him to tell him someone from Guns N' Roses had called asking for him. It turns out that Axl Rose was trying to put together a new version of Guns N Roses and was looking into people. They asked Hawkins to come and try out. Hawkins called Queen's Roger Taylor for advice. He said: "I see you and Dave onstage and there's something you can't buy there. There's something between you guys that might not be there with Axl Rose." Hawkins considered the words of his idol turned friend and stuck with Foo Fighters.

Hawkins' former home in Topanga Canyon, California was a four-bedroom, three-bathroom, 2,728 square foot residence, that he purchased in May of 2000 for $585,000 according to public records. This home was featured on MTV Cribs. Hawkins and his wife sold this house and moved because they wanted a larger house.

In 2012, Hawkins bought an estate in Hidden Hills for $2.7 million. The 7,000 square foot house and guest house sit on more than an acre at the end of a cul-de-sac. The home features high ceilings, an oversized granite fireplace in the living room, two master bedroom suites,  and five en suite bedrooms. The property has a barn, horse facilities, an expansive lawn, mature trees, and a swimming pool with a spa. The estate was once owned by Howie Mandel and was listed for $3.099 million. 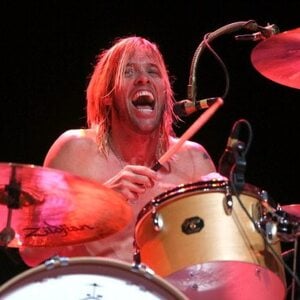