Taylor Hanson Net Worth: Taylor Hanson is an American musician who has a net worth of $20 million. Taylor Hanson acquired his net worth through his music career, most memorably as a member of the band Hanson, which he formed with his two brothers. Born Jordan Taylor Hanson in 1983 in Tulsa, Oklahoma, Taylor Hanson is famous for his part in the popular pop rock group Hanson, along with his brothers, Taylor and Zac. The band formed as The Hanson Brothers in 1992 when Taylor was nine years old. Taylor is the group's vocalist, keyboardist, percussionist and guitarist. Their first studio album, "Middle of Nowhere", released in 1997 and their first single, "MMMBop," topped the Billboard Hot 100 charts. The album was later nominated for three Grammy Awards. The group has since sold more than 16 million records around the globe, with eight albums cracking the U.S. Top 40. He and his brothers co-founded the label 3CG Records, where Hanson is also a co-CEO. Hanson is part of the band Tinted Windows along with ex-Smashing Pumpkins guitarist James Iha, Fountains of Wayne bassist Adam Schlesinger and Cheap Trick drummer Bun E. Carlos. Hanson and his wife, Natalie Bryant, met in Atlanta during a Hanson concert. They have been married since 2002 and have five children together: Jordan, Penelope Anne, River Samuel, Viggo Moriah and Wilhelmina Jane. Tulsa, Oklahoma honors the original pop group every year on May 6th by celebrating "Hanson Day" on the anniversary of the release of "Middle of Nowhere". Tinted Windows released their debut self-titled studio album in 2009. 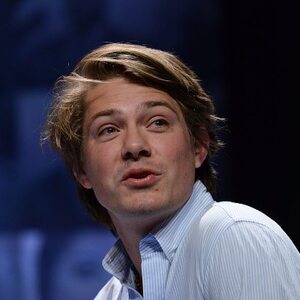