Taime Downe net worth: Taime Downe is an American musician who has a net worth of $3 million. Taime Downe was born in Seattle, Washington in September 1964. He is best known for being the lead singer of the rock band Faster Pussycat. The band formed in 1985 and released their self-titled debut studio album in 1987.

Their album Wake Me When It's Over was released in 1989 and reached #48 on the Billboard 200 chart and #35 in the UK. Faster Pussycat had success with their album Whipped! in 1992 and released the album The Power and the Glory Hole in 2006. Their single "House of Pain" reached #23 on the US Mainstream Rock chart and #28 on the US Hot 100 chart. Downe later formed the industrial rock band The Newlydeads. He opened up a club called The Pretty Ugly Club. In addition to singing he also plays guitar and does music programming. 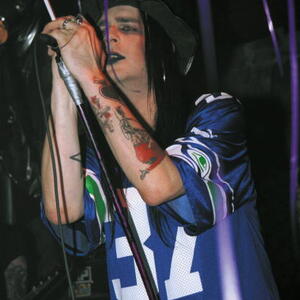