Syd Barrett Net Worth: Syd Barrett was an English musician and artist who had a net worth of $5 million. Born Roger Keith Barrett in 1946 in Cambridge, England, Syd Barrett is best known as a founder and vocalist of Pink Floyd. In 1964, Barrett enrolled at the Camberwell College of Arts to study painting.

That year, he formed the band that would eventually become Pink Floyd. Barrett was part of the band's debut album and contributed to four singles and parts of the second album before he left the group in 1968 and was hospitalized. A year later, he released his solo single, "Octopus", off his own debut album "The Madcap Laughs", which came out in 1970. He released his second album, "Barrett", later that year. Following the album drop, Barrett disappeared from the music scene and focused on painting and gardening. Pink Floyd's "Wish You Were Here" album is a tribute to Barrett, who attended the recording of the song "Shine On You Crazy Diamond" as a surprise. In 1998, his label released several of his previously unheard tracks on the collection "Opel". He died on July 7, 2006, in Cambridge, England, at the age of 60 from pancreatic cancer. Barrett was an accomplished vocalist, guitarist, bassist, and organist, who also had an affinity for playing the banjo and ukulele. 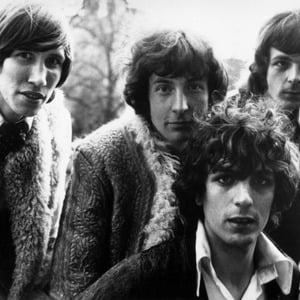