Susanna Hoffs net worth: Susanna Hoffs is an American musician and actress who has a net worth of $10 million dollars. Born in Los Angeles, California on January 17, 1959, Susanna Hoffs is perhaps best known for being a member of The Bangles. She has been active in the entertainment industry since 1981 and is fluent in guitar and vocals.

She graduated from Palisades High School in 1976 as well as the University of California, Berkeley where she studied art. She created The Bangles with Vicki and Debbi Peterson after being exposed to the live renditions of the Sex Pistols and Patti Smith. The Bangles released their first album, All Over the Place, in 1984 and Everything in 1988 before breaking up in 1990. Hoffs is also associated with Ming Tea, Mike Myers, and Matthew Sweet. She is currently married to Jay Roach, who has directed many featured films including Meet the Parents and produced Hitchiker's Guide to the Galaxy. She is a known vegetarian and has two sons. 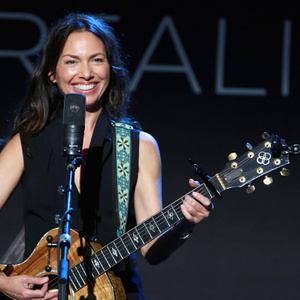