Sully Erna Net Worth: Sully Erna is an American musician who has a net worth of $16 million. Born Salvatore Paul Erna in Lawrence, Massachusetts, in 1968, Sully Erna is the vocalist and songwriter for rock band Godsmack. He started playing instruments when he was a toddler and signed his first record deal in 1993 with the group Strip Mind.

He was kicked out of the band after its minimal record sales and formed Godsmack in 1995, though it was originally named The Scam. Godsmack has released six studio albums between 1998 and 2014, including "Awake", "Faceless", "The Oracle", and "1000hp". At one point, three of the group's albums all consecutively climbed to number one on the charts. They've sold more than 20 million albums around the world and have been nominated for four Grammy Awards, including Best Rock Song and Best Hard Rock Performance. In 2001, Godsmack won Rock Artist of the Year at the 2001 Billboard Awards. Erna has pursued a solo career in addition to his work with Godsmack, releasing his first solo album, "Avalon", in 2010. He also worked on the soundtrack for Sylvester Stallone's "The Expendables", though the song, "Sinner's Prayer", was cut from the movie and soundtrack. Erna has appeared on "Criss Angel Mindfreak" and in Motley Crue's video for "White Trash Circus". His memoir, "The Paths We Choose", released on 2007 and has been printed more than one million times. Erna is a poker enthusiast, appearing at the 2006 World Series of Poker, placing 713th. The practicing Wiccan has one child, a daughter named Skylar Brooke. 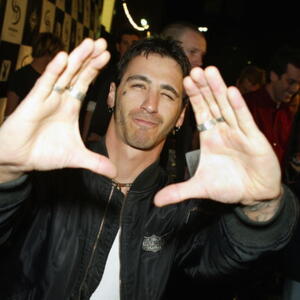