Stone Gossard net worth: Stone Gossard is an American musician who has a net worth of $75 million. Stone Gossard also known as "Carpenter Newton" built his net worth as a musician, songwriter, owner of a record label and recording studio. He is one of the founders of, and continues to play for, the rock band Pearl Jam.

Stone Carpenter Gossard was born in Seattle, Washington in July 1966. He learned to play guitar in the hallways of his high school in Seattle. His first band featured the future bassist from Soundgarden, Ben Shepherd. Gossard went on to join the band The Ducky Boys with future Mudhoney guitarist Steve Turner. Gossard was part of the band Green River which released Rehab Doll in 1987 on Sub Pop records. In 1987 he established the band Mother Love Bone. Mother Love Bone lasted until the lead singer died from a heroin overdose. Gossard then joined the band Temple of the Dog which featured Soundgarden singer Chris Cornell and eventual Pearl jam vocalist Eddie Vedder. In 1990 Gossard co-founded Pearl Jam. Their album Ten was one of the best-selling alternative albums of the 90s. The band received four 1993 MTV Music Video Awards. Pearl Jam has gone on to sell over 32 million records in the United States and 60 million worldwide. They are known as one of the most popular American rock bands in the world to this day. Stone started record label Loosegroove Records in 1994. The label signed Queen of the Stone Age and released their debut in 1998 before closing down in 2000. 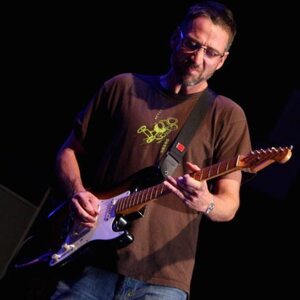