Stjepan Hauser net worth: Stjepan Hauser is a Croatian cellist who has a net worth of $8 million. Stjepan Hauser was born in Pula, Croatia in June 1986. He is a member of the group 2Cellos with Luka Sulic. He has performed in more than 40 countries and has played at the Royal Albert Hall, Wigmore Hall, Southbank Centre, Amsterdam Concertgebouw, and more.

The YouTube video for his cover of the song "Smooth Criminal" by Michael Jackson performed solely on cello with his friend Luka Sulic became a sensation in 2011 and the two formed 2Cellos which was signed by Sony Music Entertainment. That year Hauser released the albums Urban and Hauser with Damir Urban and another album with Oliver Dragojevic. Hauser has toured with Sulic as a part of the Elton John band and released his classical album Brahms, Beethoven & Brunch for Clarinet, Cello & Piano in 2011. In 2011 2Cellos appeared in the TV series Glee and in 2013 the 2Cellos album In2itiion was released. Their album Celloverse was released in 2015. 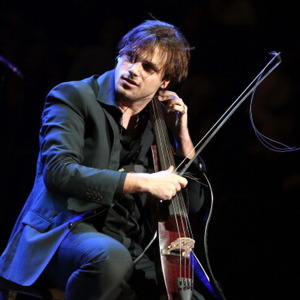