Stevie Ray Vaughan net worth: Stevie Ray Vaughan was an American musician and producer who had a net worth equal to $8 million dollars at the time of his death (after adjusting for inflation). Stevie Ray Vaughan was best known as the frontman and guitarist of the blues rock band Double Trouble. Despite his short career, he is considered to be one of the greatest guitarists of all time, and one of the most influential figures in blues music. Vaughan struggled throughout his life with drug and alcohol addiction, as well as the pressures of fame, and was killed in a helicopter crash in 1990.

Early Life and Career Beginnings: Stevie Ray Vaughan was born in 1954 in Dallas, Texas to Jimmie, who was an asbestos worker, and Martha. He has an older brother, Jimmie Jr. As a young child, Vaughan was shy and insecure, and was deeply impacted by his father's alcoholism and short temper, which often spiraled into violence. For Vaughan's seventh birthday in 1961, he received a toy guitar from Sears, on which he began practicing songs by blues artists and rock guitarists. Two years later, from his brother Jimmie, he received his first electric guitar, a Gibson ES-125T. In 1965, Vaughan joined the Chantones, his first band. In the early 70s, he attended Justin F. Kimball High School, but neglected his studies due to his late-night shows. He would later drop out and move to Austin.

Throughout his early career, Vaughan played with a number of bands, including the Brooklyn Underground, the Southern Distributor, Krackerjack, Liberation, Cast of Thousands, and Blackbird, which he formed himself. In 1973, he joined Marc Benno's band the Nightcrawlers, and played a variety of shows across the South. Two years later, Vaughan joined Paul Ray and the Cobras, with which he did many shows and a tour.

Double Trouble: Toward the end of 1977, Vaughan left the Cobras to form Triple Threat Revue, which was later renamed Double Trouble. In 1978, the band had a frequent residency playing at the Rome Inn, one of Austin's most popular nightspots. Vaughan was noticed during a performance by accountant Edi Johnson, who subsequently recommended him to Frances Carr and Chesley Millikin, the latter of whom was looking to manage artists. Millikin signed Vaughan to a contract in 1979. Although Double Trouble was popular in Texas, the band had not been able to achieve national recognition. This changed in 1982, when record producer Jerry Wexler recommended the band to Claude Nobs, who booked Double Trouble for the Montreux Jazz Festival in Switzerland. There, Vaughan was noticed by David Bowie, who brought him on to play guitar on Bowie's 1983 album "Let's Dance."

In early 1983, Gregg Geller of Epic Records signed Double Trouble to his label. Within months, Vaughan found mainstream success with the band thanks to their critically acclaimed debut album "Texas Flood." The album reached number 38 in the US, and sold half a million copies. Bolstered by a series of high-profile network television appearances and prolific concert tours, Vaughan soon became the pioneering figure in the 1980s blues revival. 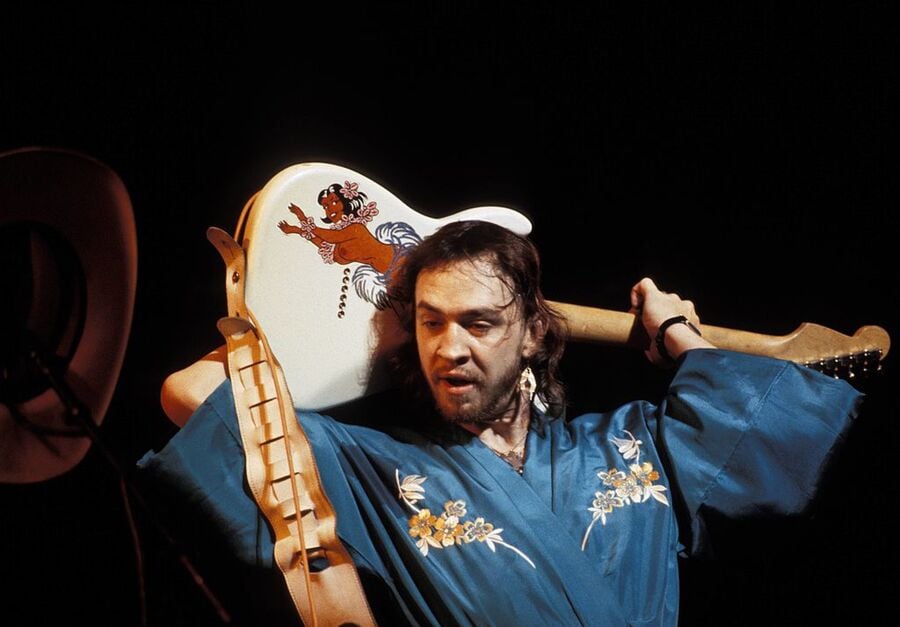 More Double Trouble: The band's second album, "Couldn't Stand the Weather," was released in 1984; within two weeks, it outpaced the sales of "Texas Flood." The following year saw the release of "Soul to Soul," which peaked at number 34 on the Billboard 200 and was eventually certified gold. Next came "Live Alive," an LP recorded during three live appearances in Austin and Dallas.

Double Trouble released its fourth and final studio album, "In Step," in 1989. Peaking at number 33 on the Billboard 200, it was Vaughan's most commercially successful release, as well as the first to earn him a Grammy Award. The album, which eventually went gold, also spawned his only number-one hit single, "Crossfire." Following this, Vaughan headlined Madison Square Garden and the Beale Street Music Festival.

Drug and Alcohol Abuse: Vaughan's drug and alcohol dependence began when he was just six years old, when he would steal his father's drinks and make his own when his parents were gone. For the next 25 years, in addition to alcohol, Vaughan became addicted to cocaine, often mixing the latter with whiskey every day. In September of 1986, during a one-month tour of Europe, Vaughan fell ill from near-death dehydration. He subsequently checked into The London Clinic, where he stayed more than a week. Vaughan then returned to the US and entered Peachford Hospital in Atlanta, Georgia, where he spent four weeks in rehabilitation.

Relationships: From 1973 to 1979, Vaughan dated Lindi Bethel. After her, he married Lenora Bailey, whom he divorced in 1988. His last romantic relationship was with Janna Lapidus, with whom he was with until 1990.

Death and Legacy: In August of 1990, following a performance at Alpine Valley Music Theatre, Vaughan and four others were killed in a helicopter crash in East Troy, Wisconsin under foggy conditions. An investigation reached the conclusion that the cause was pilot error. Later, Vaughan's family filed a wrongful death lawsuit against the transportation company Omniflight Helicopters, which was ultimately settled out of court.

Vaughan's music continued to achieve commercial success after his passing. There were several posthumous releases, including the Grammy Award-winning album "Family Style." In 2003, Rolling Stone Magazine ranked Vaughan the seventh greatest guitarist of all time. He was posthumously inducted into the Rock and Roll Hall of Fame in 2015, along with his Double Trouble bandmates. Vaughan's effect on blues rock continues to shape the genre, influencing artists such as Mike McCready, Chris Duarte, and Albert Cummings. 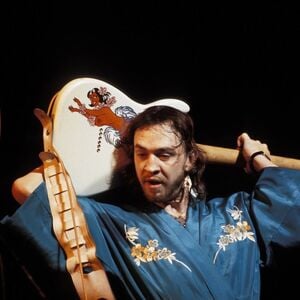