What is Steven Van Zandt's Net Worth?

Steven Van Zandt is an American musician, songwriter, record producer, arranger, actor, and radio disc jockey who has a net worth of $80 million. While Van Zandt is probably best known as a longtime member of Bruce Springsteen's E Street Band, his role as Silvio Dante in "The Sopranos" has won him considerable fame. In the E Street Band, Silvio plays the guitar and the mandolin. Otherwise known as "Little Steven" or "Miami Steve," Van Zandt also has his own solo band, and he has produced and written songs for a wide range of artists. Over the course of his musical career, Van Zandt has worked with artists like Bruce Springsteen, Jackson Browne, Darlene Love, Meat Loaf, Pearl Jam, and many others.

As an actor, Van Zandt arrived on the scene with literally zero acting experience. The decision to cast him in a leading role on "The Sopranos" will go down as one of the strangest moves in television history, but it paid off. Steven seemed to settle into the role of mobster Silvio very naturally, and he has since appeared in additional acting projects. These include the series "Lilyhammer" and the Martin Scorcese film "The Irishman."

Outside of these exploits, Steven has worked as a radio host and a program director. He also created his own record label in 2004 called Wicked Cool Records. Van Zandt has also used his position as a celebrity to engage in various activist and philanthropic efforts.

Steven Lento was born on November 22nd of 1950 in Winthrop, Massachusetts. Although he was initially raised in a family with Italian roots, his mother remarried to a man named William Brewster Van Zandt. As a result, Steven became Steven Van Zandt when he took his stepfather's name. At the age of seven, Steven relocated to New Jersey with his family.

Van Zandt learned how to play the guitar at an early age. He was inspired by early performances of the Beatles and Rolling Stones. At the age of 14, he had started his own band called the Whirlwinds. Although this band was short-lived, he founded another band called the Mates a year later and joined a third band called the Shadows in 1966. During this period, Steven was once sent home for having long hair. Although it took some convincing on his mother's part, he eventually returned to school and graduated in 1968. During his teen years, he suffered serious scars to his forehead after an auto collision sent him smashing through a windshield. In order to hide these scars, Steven often wears hats or bandanas.

Early in his musical career, Steven befriended Bruce Springsteen after meeting him at a New Jersey club. Later, Van Zandt would perform alongside Springsteen in bands like Steel Mill and the Bruce Springsteen Band. Although Van Zandt worked construction throughout the early 70s, he always remained focused on his future career in music. After touring with The Dovells, people started noticing that Van Zandt was wearing Hawaiian shirts during the winter. This earned him the nickname "Miami Steve."

Over the next few years, Van Zandt founded bands like Southside Johnny and the Asbury Jukes, as well as The Miami Horns. The latter group performed alongside Bruce Springsteen in 1975, which ultimately earned Steven a spot in the E Street Band. Bruce later credited Van Zandt for helping to develop the signature guitar line in the song "Born to Run." Over the next few years, Steven took up lead guitar responsibilities as the E Street Band toured around the world.

In 1984, Steven left the E Street Band, essentially claiming that his work was done. He stated that he only joined the band to help Bruce reach fame and success, and once that goal was accomplished, he had no reason to stay. However, Van Zandt returned to the band when it reformed on an ongoing basis in 1999. From that point onwards, Steven worked mostly as a background rhythm guitarist rather than a lead guitarist. 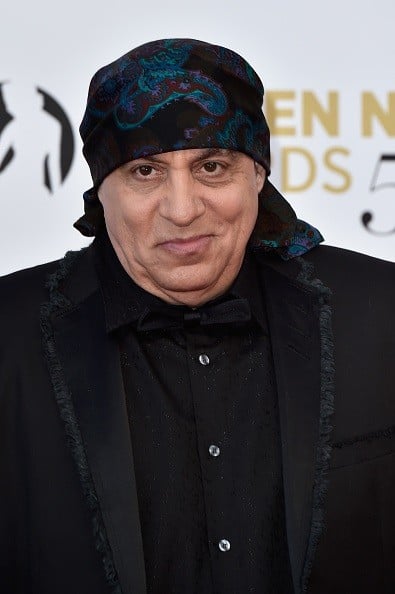 Outside of his work with the E Street Band, Steven has worked extensively as a songwriter, arranger, and producer. He also pursued a career as a solo artist, releasing his debut album "Men Without Women." This album earned him widespread critical praise, as did his next album, "Voice of America." Despite this critical praise, Steven did not experience much commercial success as a solo artist.

Steven Van Zandt began his acting career in 1999 when he was asked to audition for "The Sopranos." Series creator David Chase asked him to audition after seeing him speak at the Rock and Roll Hall of Fame. Steven initially auditioned for the role of Tony Sopranos, but HBO was hesitant about letting an inexperienced actor take center stage. Chase then created an entirely new role specifically for Steven so that he could still be in the show.

That role was Silvio Dante, a "consigliere" or "captain" within a fictional New Jersey crime family called the Sopranos. He remained an integral part of the series throughout the show's run. Today, "The Sopranos" is considered to be one of the greatest television series ever created.

In 2008, it was reported that Steven had purchased a condo in New York. The residence was purchased for $6 million, and it lies on West Fourth Street. This property was originally a Methodist church, but it was converted into a three-bedroom penthouse. The home features 3,500 square feet of living space. 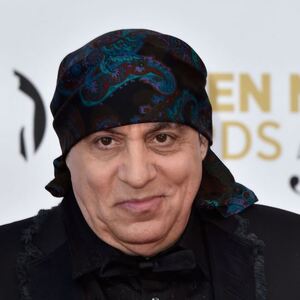