What is Steven Tyler's net worth?

Steven Tyler is an American rock musician who has a net worth of $150 million. He is most famous for being a founding member and lead singer for the band Aerosmith which is one of the most-successful bands of all time.

Steven Tyler was born Steven Tallarico on March 26, 1948 in Manhattan. He was born to Susan Ray, a secretary, and Victor Tallarico, a musician and a pianist. With a classical musician for a father, Tyler's interest in music began strong and early. He attended Roosevelt High School in Yonkers, but was expelled over drug use. Later, he graduated from Quintano's School for Young Professionals.

Tyler moved to Boston in the late 1960s and became friends with musicians that would eventually form the band Aerosmith. He met guitarist Joe Perry, bassist Tom Hamilton, guitarist Ray Tabano, and drummer Joe Kramer. Tyler formed the band Aerosmith in 1969, becoming the frontman and lead singer, and 1972 Aerosmith was signed with Columbia Records. The following year, Aerosmith released their first, self-titled album. The song "Dream On" was only a minor hint at the time, but later became one of their signature songs. Aerosmith did not find commercial success or popularity until their third and fourth albums, Toys in the Attic (1975) and Rocks (1976). The band achieved their first mainstream Top 40 hit in 1975 with "Sweet Emotion". Knowing it was still a sleeper hit, they re-released "Dream On" in 1976 and it went to No. 6 on the charts. They saw another big success with "Walk This Way" later that year. By 1976, they were headlining stadiums and major music festivals. 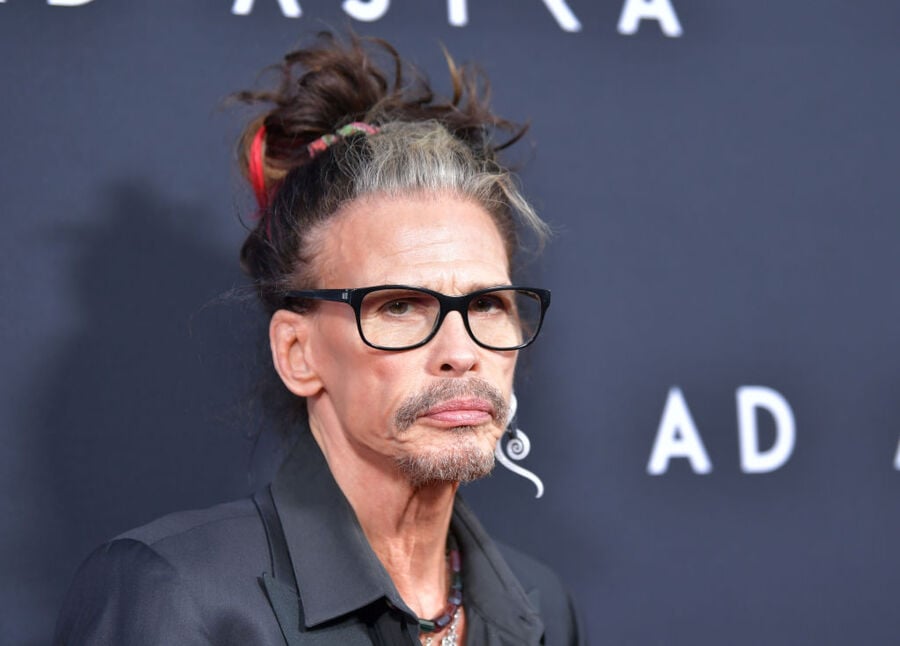 By the end of the decade, however, the band was starting to fall apart. Tyler and Perry were heavily involved in heroin and other stimulants. Perry and Whitford left the band for other ventures, and Tyler kept adding new members in order to keep the band somewhat together, but was injured in a motorcycle crash that left him hospitalized and unable to tour for most of 1981. In the mid-1980s, Tyler cleaned up his act after a long stint in rehab and pieced a band back together. They released Permanent Vacation in 1987 which included "Dude (Looks Like a Lady", and two years later gained even more traction with "Pump", which featured now-classics "Love in an Elevator" and "Janie's Got a Gun". Aerosmith credits the rise of the MTV craze amongst teenagers for their popularity continuing into 1993, when they released Get a Grip, driven by singles like "Cryin'", "Crazy", and "Livin' on the Edge."

Aerosmith, while not able to chart as high as they once used to, continued to enjoy success in record sales and selling out massive tours throughout the 90s, 2000s, and 2010s. Overall, Aerosmith has released fifteen studio albums, nine of which reached platinum or multi-platinum certification. Eight singles have achieved spots in the top ten on the US Billboard 100, with the 1998 single I Don't Want to Miss A Thing reaching the coveted #1 position. Among the awards Aerosmith has garnered over the years are seven American Music Awards, four Billboard Music Awards, four Grammy Awards, and ten MTV Video Music Awards. Aerosmith received further stardom with their induction in the Rock and Roll Hall of Fame and a performance at Super Bowl XXXV.

Tyler is also well known for his collaborative efforts with other music artists such as Run D.M.C (Walk this Way remake), Alice Cooper, Pink, Eminem (for The Eminem Show, which has sold over 19 million copies worldwide) and world-renowned trumpeter Chris Botti. He also released a solo country album, "We're All Somebody from Somewhere" in July 2016. 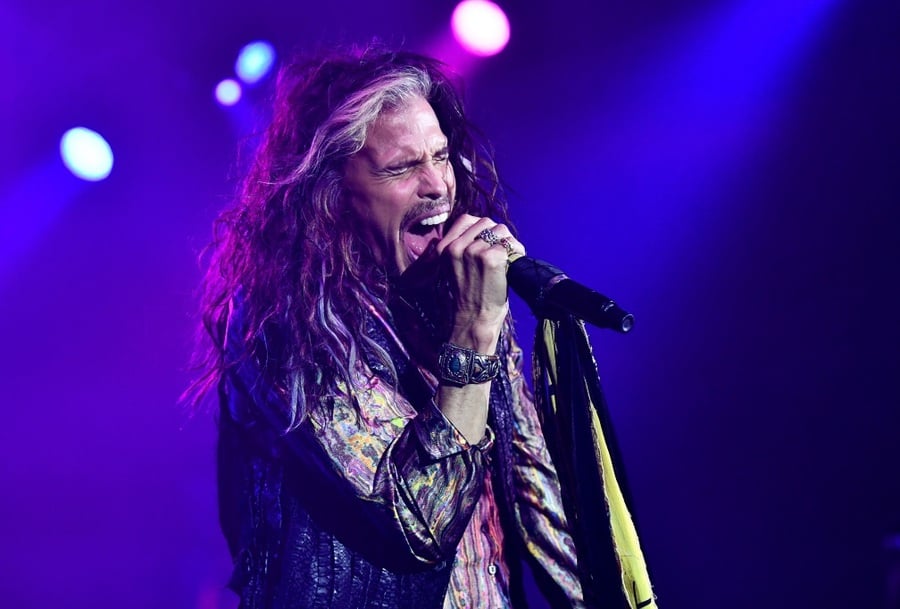 Aside from a lengthy and impressive musical career, Tyler has made several film and television appearances, notably in Wayne's World 2, The Simpsons, Saturday Night Live, and Two and a Half Men. Tyler merged creative design efforts with inventor/engineer Mark Dirico and launched Dirico Motorcycles in 2007. He was a judge on American Idol for two seasons. Tyler also published a memoir, Does the Noise in My Head Bother You? in 2011.

Tyler dated fashion model Bebe Buell, during which his daughter Liv Tyler was conceived and born in 1977. Liv has also made a name for herself in show business as a successful actress, producer, and singer. Tyler has three grandchildren through Liv's marriage to Royston Langdon. Steven was married to Cyndria Foxe from 1978-1987. Foxe sadly died of brain cancer in 2002. Tyler married clothing designer Teresa Barrick in 1988. They had a daughter and a son, and divorced in January 2006. Tyler became engaged to Erin Brady in December 2011, but broke off their engagement in January 2013.

In 1975, 27-year-old Tyler persuaded the parents of groupie Julia Holcomb (then 16) to sign over guardianship to him so that they could live together in Boston. The two dated for three years. Holcomb got pregnant and subsequently got an abortion due to a house fire they experienced–they were worried that the smoke from the fire as well as the drugs she was doing at the time would lead to birth defects.

Health issues have plagued the singer for his entire life, not all of which were due to extensive drug use for many years. In 2006, Tyler had throat surgery to fix a ruptured blood vessel in his throat following a performance in Florida. Aerosmith was forced to cancel all remaining tour dates in America. That same year, he revealed he had been diagnosed with Hepatitis C in 2003 and underwent extensive treatment.  In 2008, he underwent multiple leg surgeries to repair foot damage.

In 2015, Tyler launched "Janie's Fund" to provide support, protection, and counseling for female victims of abuse. He has raised over $2.4 million for the organization since it was established. Janie's House, a live-in shelter for victims of abuse opened in Atlanta in 2017. 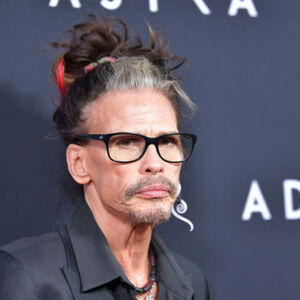