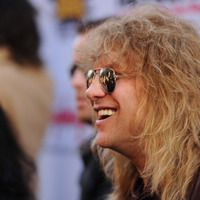 Steven Adler net worth: Steven Adler is an American musician who has a net worth of $15 million. Born Michael Coletti in January of 1965, Steven Adler is best known for being the drummer for the rock band Guns N' Roses. He also served as a songwriter for the band, which received worldwide attention beginning in the 1980s. However, Steven was asked to leave the band in 1990 when his heroin addiction began to get in the way of his work ethic and musical abilities. This was the second time he was fired from the band. The first time was short-lived as he quit using drugs. However, he soon started again, proving himself unable to play during the band's recordings. After his removal, Adler took up with his former band, Road Crew, before joining BulletBoys, however neither earned much critical success. He also played in the band Adler's Appetite in the early 2000s. He formed the banded Adler in 2012. For his addiction he has appeared on reality TV show, Celebrity Rehab with Dr. Drew twice, in seasons two and five. He has also been on the show's spin off, Sober House. He has been married twice, first to long-time girlfriend, Cheryl, though the two split up shortly after due to his drug addiction. He is now married to Caroline Ferreira, the couple was wed in 2002.