Steve Winwood Net Worth: Steve Winwood is a British musician and producer who has a net worth of $60 million. Over the years, Steve has established himself as a talented musician who can play a number of different instruments. These include the drums, the mandolin, the guitar, the bass, and the saxophone. That being said, Winwood is probably best known for his work as a vocalist and a keyboardist, and he has appeared in a number of different bands. These groups often fall into genres such as progressive rock, R&B, blues, pop, and jazz.

Over the course of his career, Winwood has become an integral part of groups like the Spencer Davis Group, Traffic, Blind Faith, and Go. Outside of these groups, Steve has experienced a successful solo career. He has released hits such as "While You See a Chance," "Valerie," and "Back in the High Life Again." His two chart-topping hits on the US charts were "Higher Love," and "Roll with It."

Today, Winwood is considered one of the greatest singers of all time. Critics have been kind to Steve, and he has won two Grammy Awards over the course of his career. He has also been nominated twice for BRIT awards and a number of other honors.

Early Life: Stephen Lawrence Winwood was born on May 12th of 1948 in Handsworth, Birmingham, England. Steve was inspired to get into music by his father, who was a semi-professional musician who specialized in the saxophone and clarinet. As a young boy, Winwood fell in love with swing and jazz and began playing the piano at the age of four.

During this period, he also sang in the choir at a local church. After his family relocated to the suburb of Great Barr in Birmingham, Steve attended a comprehensive school and displayed strong abilities in mathematics. Later, he trained his skills as a pianist at the Birmingham and Midland Institute of Music. Winwood was no stranger to performing in front of crowds as a boy, and he often took to the stage with his father and brother (although he had to hide behind the piano because minors were not allowed in jazz bars).

Career: While he was still a schoolboy, Winwood entered the local R&B scene as a Hammond C-3 organ and guitar player, and he played alongside a wide range of prominent blues singers as they toured the UK. These artists included Muddy Waters, John Lee Hooker, Howlin' Wolf, Chuck Berry, and Bo Diddley. As a singer, Steve strived to mimic Ray Charles.

At the tender age of 14, he joined the Spencer Davis Group alongside his older brother. In 1964, this group landed a record deal with Island Records. After releasing their first single when Steve was 16, the Spencer Davis Group topped the charts in 1965 with "Keep on Running." With the proceeds they made from this single, Winwood was able to purchase his own Hammond organ for the first time. After contributing to a number of the group's subsequent hits, Steve left the Spencer Davis Group in 1967.

After a brief period of collaboration with Eric Clapton, Winwood joined three other artists to form the group Traffic. Steve worked well with singer Jim Capaldi, and the pair wrote music together in a small rural village in Berkshire. Some of their most popular tracks during this period were "Paper Sun" and "The Low Spark of High-Heeled Boys." Winwood was an integral part of the group, performing lead vocals, keyboards, and guitars. During this period, Steve collaborated with Jimi Hendrix on a number of his tracks.

Although Winwood went on to form the supergroup Blind Faith in 1969, the band was short-lived. After a number of other projects failed to take off, Steve performed vocals and keyboards on the album "Go" by Stomu Yamashita.

After a period of relative obscurity as a session artist, Steve was ready to embark on a solo career. He was highly encouraged to do this by Island Records, who saw him as one of their most valuable clients. In 1977, he released a self-titled album. He then released "Arc of a Diver" three years later, which proved to be a major hit. This second solo album featured singles like "While You See a Chance." He followed up with a third solo album entitled "Talking Back to the Night."

In the mid-80s, Steve relocated to New York and worked with a number of stars to release the poppy album "Back in the High Life." This featured the chart-topping single "Higher Love." The album was so successful that it helped Winwood win two Grammy Awards. On the heels of this success, he toured the United States. After years with Island Records, Steve signed a new deal with Virgin Records and released two more albums. Although these entries lacked significant hits, they charted well nonetheless.

Throughout the next few years, Steve continued to release a number of albums. After receiving an honorary doctorate from the Berklee College of Music and an honorary degree from Aston University, Winwood spent much of the 2000s and the 2010s touring across the world.

Relationships: In 1978, Winwood married his first wife, Nicole Weir. Over the next eight years, the pair worked together on various music projects before separating in 1986. The next year, Steve married Eugenia Crafton, a woman from Tennessee. Together, they have had four children. He currently resides in a 300-year-old manor house in England. 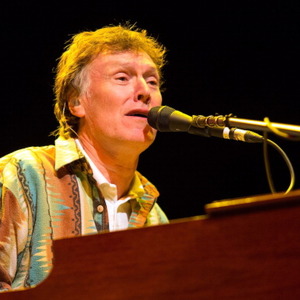