Steve Porcaro net worth: Steve Porcaro is an American musician who has a net worth of $20 million dollars. Steve Porcaro was born in Hartford, Connecticut, and rose to fame as part of the band, Toto. He was always most interested in writing and composing songs, and wrote many tracks on the group's albums.

He ultimately chose to leave Toto in 1986 to focus on songwriting and composing. He went on to write such songs as "Human Nature" for Michael Jackson's "Thriller" album, and composed scores for a variety of film projects. He has also continued to work as a session musician, and has recorded with Yes, Jefferson Airplane, and Gary Wright. He and various members of Toto have been touring off-and-on since 2010, in support of Mike Porcaro, who has ALS, and who can no longer perform with the group. He is currently the composer for the television show, "Justified" on FX. 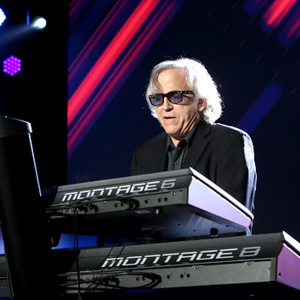