What is Steve Perry's Net Worth?

Steve Perry is an American singer, songwriter, and musician who has a net worth of $70 million. Perry is best known for being the lead singer of the band Journey. Outside of Journey, Steve Perry has enjoyed a successful solo career, and is widely-considered to have one of the best voices in music history.

Stephen Ray Perry was born on January 22nd of 1949 in Hanford, California. Raised by Portuguese parents, Steve Perry became involved in music from a young age due to his father's career as a vocalist. Steve's father also co-owned a local radio station. His parents split when he was 8 years old, and he moved to his grandparents' farm. At age 12, he heard Sam Cooke sing "Cupid" on the radio and immediately wanted to become a singer.

As a teenager, Steve Perry attended high school at Lemoore, California. During his high school days, Perry became very involved with music. He joined the marching band and a number of bands outside of school with fellow students. After graduating from high school, Perry attended the College of the Sequoias and sung in the choir as a tenor.

Steve Perry first started to become serious about his music career during his early 20s, when he teamed up with 16-year-old Scott Mathews (a future music producer). Mathews played the drums and the guitar, while Perry sang most of the songs. Things looked promising for the band, which they called Ice. Although they recorded many of their tracks, they couldn't find management and no one really heard their recordings.

Another failed attempt to break through came when Steve Perry joined a progressive rock band called Pieces. Once again, the band wasn't able to secure that crucial record deal. Perry didn't give up, however, and he joined the band Alien Project in his mid-20s. Disaster struck when the bassist of the band was killed in a car crash, and Perry took this is a sign that he should quit music, and returned to his childhood home in Lemoore. 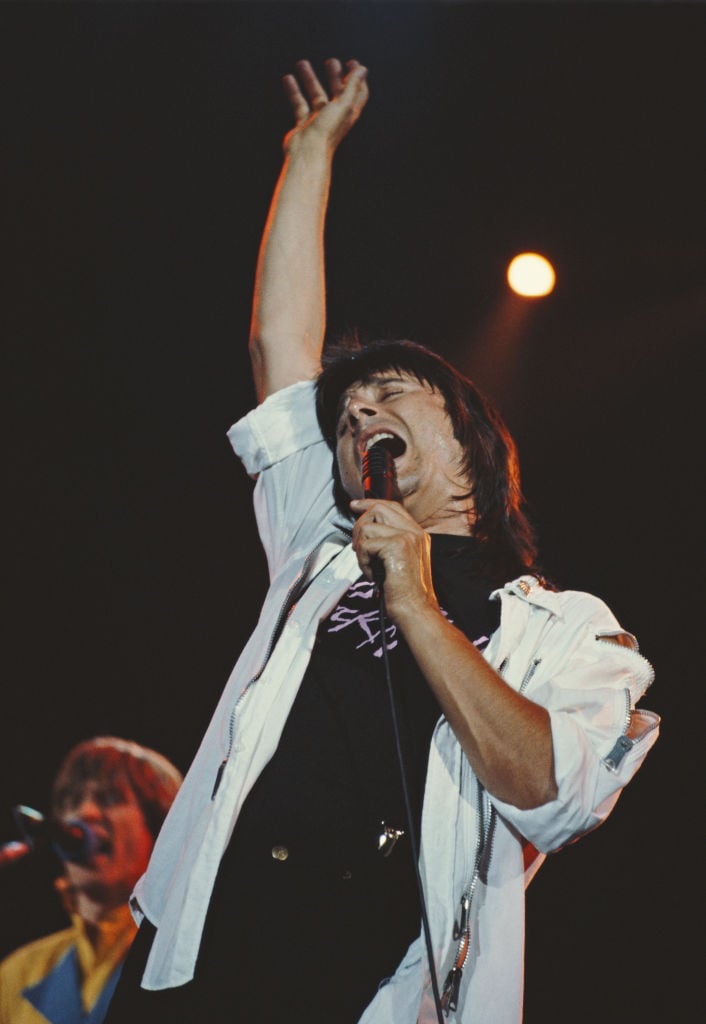 Although Steve Perry had decided to give up his dream of becoming a vocalist, his mother convinced him to reply to a band called Journey who had contacted him earlier. The San Francisco band was struggling to break through, and they were intrigued by Perry's voice after listening to a recording of Alien Project. He eventually replaced the band's singer and appeared for the first time on Infinity, their 1978 album.

When Steve Perry joined Journey, he drastically altered their style. Previously, Journey was a progressive rock band. Perry injected the band with a pop infusion, and many fans (and band members) were initially unsure about this new direction. However, they couldn't argue with the results. This new pop sound was the reason Journey was being played on the radio for the first time.

Perry would go on to provide vocals for many Journey albums, including Evolution, Departure, Dream After Dream, Captured, Escape, Frontiers, Raised on Radio, and Trial by Fire. During this period, "Open Arms" became a particularly impressive hit single, reaching the number two spot on the charts.

Although he was primarily engaged with Journey, Perry also found time to collaborate with artists such as Sammy Hagar and Kenny Loggins. He also released Street Talk, his first solo album in 1984. The album sold over 2 million copies and contained hits such as "Oh Sherrie." After the release of his solo album, Steve Perry was not involved with Journey for a few years. When he returned in 1986, his mother became ill. The recording process for Raised on Radio was difficult because Perry had to leave constantly to visit his mother. After this draining emotional and creative process, Journey disbanded in 1987. 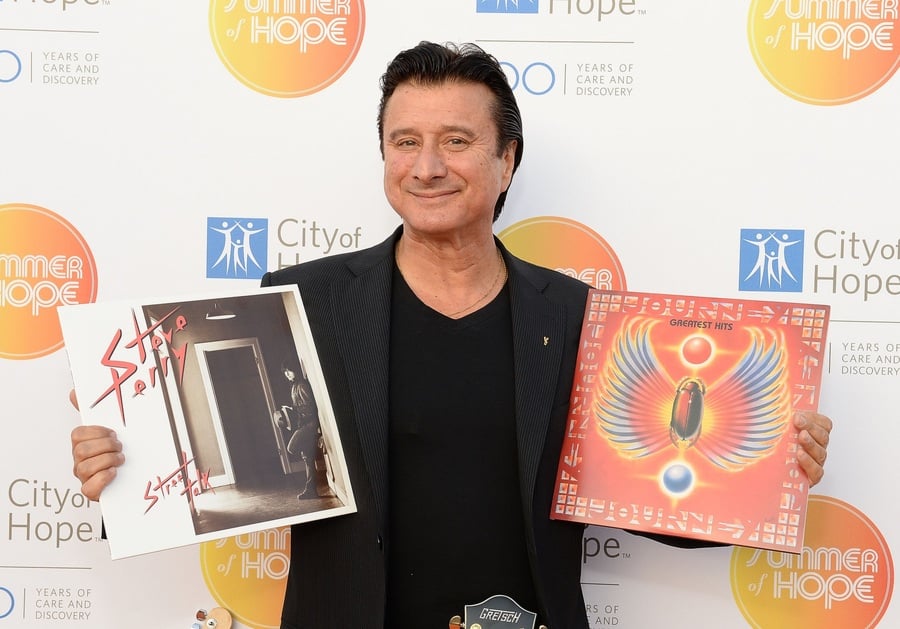 Other than a few live events here and there, Perry vanished from the face of the Earth for the next seven years. It wasn't until 1994 that he finally resurfaced with another solo album, For the Love of Strange Medicine. He supported the album with a tour, and was quite successful. He followed this up with another album with Journey in 1996 – Trial by Fire. The album was a clear hit, and it went platinum within a year. However, disaster soon struck. Perry suffered a serious injury while hiking, and his hip had to be replaced. However, Perry was reluctant to undergo surgery. Meanwhile, his bandmates were eager to capitalize on the success of their recently released platinum album. Eventually, they pressured Perry to go through with the surgery, and Perry reacted by refusing and permanently leaving Journey in 1998.

Despite initially refusing to go through with the surgery, Perry chose to undergo the procedure later in 1998, of his own accord. He later stated that he never really felt accepted by the band. During the next few years, Perry collaborated with artists such as Jeff Golub and David Pack. Although he rarely appeared on stage during this period, he eventually released his third solo record, Traces. The 2018 album also spawned a 2019 music video – Perry's first in 25 years. In 2019, he also released a three-track holiday EP.

Perry has been praised on more than one occasion for his voice. He has incredible range, and can deliver powerful notes with excellent tone. Rolling Stone considers Steve Perry to be among the top 100 singers of all time. Although Steve Perry has considerable technical skills, he also sings with genuine passion.

Perry was primarily influenced by Sam Cooke. That being said, he was also inspired by The Beach Boys, Marvin Gaye, Diana Ross, and Aretha Franklin. Aside from his vocal influences, Perry's personal taste in music is aligned with Chuck Berry and Elvis Presley's style.

In addition, Steve Perry is an accomplished songwriter. During his time with Journey, he wrote most of their songs. He also wrote almost all of his solo tracks. Because of this, he was nominated for an inclusion in the Songwriter's Hall of Fame in 2020. 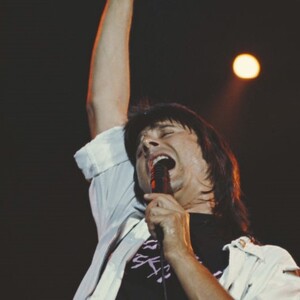