Morse became the guitar player for the band Deep Purple in 1994 and has played on the albums Purpendicular in 1996, Abandon in 1998, Bananas in 2003, Rapture of the Deep in 2005, Now What?! in 203, and Infinite in 2017. He has released several solo albums as well as with the Steve Morse Band. Morse was also a member of the band Kansas during the mid-1980s and played on several albums. 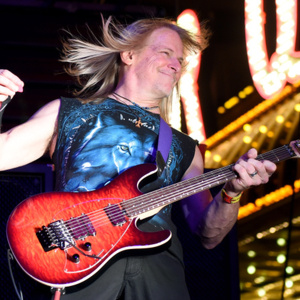