Steve Howe net worth: Steve Howe is an English musician and songwriter who has a net worth of $10 million. Steve Howe was born in Holloway, London, England in April 1947. He is best known for being the guitarist and backing vocalist of the rock band Yes. Howe has also released 19 solo albums and has been a member of the bands Bodast, Asia, Tomorrow, The Syndicats, and GTR.

He received his first guitar as a Christmas present at 12 years old. Howe joined Yes in 1970. The band has sold more than 13.5 million records in the United States. They have released a total of 21 studio albums including the #1 albums in the UK Tales from Topographic Oceans and Going for the One. Their best known single is "Owner of a Lonely Heart" which reached #1 in the US. In 1984 he won a Grammy Award for Best Rock Instrumental Performance and were nominated for Best Pop Performance by a Duo or Group With Vocals. He has released albums with The Syndicats, Tomorrow, Bodcast, Anderson Bruford Wakeman Howe, Asia, GTR, Paul Sutin, Explorers Club, and Oliver Wakeman. Howe has also published two books. 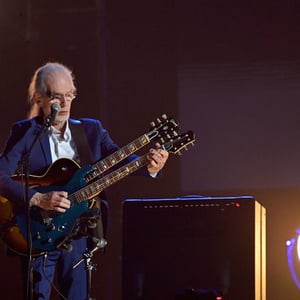