Steve Gorman net worth: Steve Gorman is an American musician and sports talk radio host who has a net worth of $10 million. Steve Gorman was born in Muskegon, Michigan in August 1965. He is best known for being the drummer of the band The Black Crowes. Gorman has also been the drummer for the British rock band Stereophonics and currently hosts his own radio show on Fox Sports Radio called Steve Gorman Sports!. The Black Crowes formed in 1989 and released their debut studio album Shake Your Money Maker in 1990. That album reached #4 in the US and the UK and was certified 5x Platinum in the United States. Their second album The Southern Harmony and Musical Companion was released in 1992 and reached #1 in the US and #2 in Canada and the UK. Their albums Amorica in 1994, Three Snakes and One Charm in 1996, By Your Side in 1999, Lions in 2001, Warpaint in 2008, and Before the Frost…Until the Freeze in 2009 all had success on the charts. The Black Crowes had #1 singles on the US Rock charts with the songs "Hard to Handle", "She Talks to Angels", "Remedy", "Sting Me", "Thorn in My Pride", and "Hotel Illness". 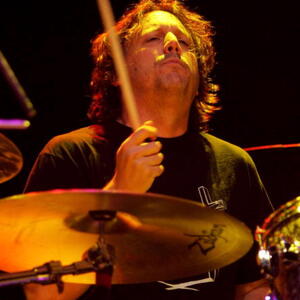