Steve Cropper Net Worth: Steve Cropper is an American guitarist, songwriter and record producer who has a net worth of $5 million dollars. Born October 21, 1941 in Dora, Missouri, he is best known for his guitar work in such bands as Stax Records house band, Booker T. & the M.G.'s and has backed such greats as Otis Redding, Sam & Dave, Carla Thomas, Rufus Thomas and Johnnie Taylor, acting as producer on some of the artists' albums.

He later gained fame as a member of the Blues Brothers band (originally founded by Dan Aykroyd and John Belushi as a part of a Saturday Night Live skit). Rolling Stone magazine still lists him at 39th on their list of 100 Greatest Guitarists of All Time. Cropper came into prominence in the '60s and became one of the best-known soul guitarists in the world. He made his mark not only as a player and arranger, but as a songwriter, co-writing such classics as In the Midnight Hour. In the '70s he produced such artists as Jeff Beck and Mitch Ryder. In the '80s came the Blues Brothers and Cropper remains relevant and in demand, going on to release an all-star concept album in 2011, featuring such greats as B.B. King, Steve Winwood, Lucinda Williams, Delbert McClinton and Buddy Miller. His nickname is The Colonel. 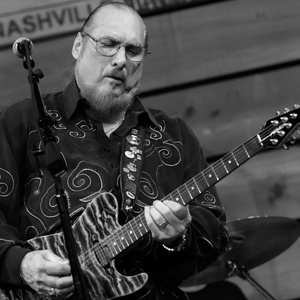