What is Stephen Stills' Net Worth?

Stephen Stills is a singer, songwriter and instrumentalist who has a net worth of $30 million. Stephen Stills is best known for his work with the bands Crosby, Stills, Nash & Young and Buffalo Springfield. With the latter, he composed such hit songs as "For What It's Worth," "Bluebird," and "Rock & Roll Woman." Stills has also had a successful solo career, with the single "Love the One You're With" being his biggest hit.

Stephen Stills was born on January 3, 1945 in Dallas, Texas to William and Talitha. Brought up in a military family, he frequently moved as a child to places including Florida, Louisiana, Costa Rica, and El Salvador. For his education, Stills went to Admiral Farragut Academy in St. Petersburg, Florida, and then to Saint Leo College Preparatory School. He eventually graduated from Lincoln High School in Costa Rica. Stills subsequently attended Louisiana State University, but dropped out in the early 60s.

Stills began his musical career playing in a number of bands, including the Continentals. He also sang as a solo performer at the Greenwich Village coffeehouse Gerde's Folk City. Stills went on to become part of the house act at New York City's Cafe au Go Go; with this group, he did some touring, and released an album in 1964. Following this, he formed the band the Company with four other members of the Au Go Go Singers.

With Neil Young and former bandmate Richie Furay, Stills formed the band Buffalo Springfield in Los Angeles in 1966. The band specialized in a mix of folk, rock, country, and psychedelia, and released its self-titled debut album the same year as its formation. From the album, Stills' song "For What It's Worth" became a significant hit, peaking at number seven on the Billboard Hot 100 in 1967. Later that year, Buffalo Springfield released its second album, "Buffalo Springfield Again"; it featured the songs "Bluebird" and "Rock & Roll Woman." Although the band officially broke up in the spring of 1968, contractual obligations required the creation of a final album, which became "Last Time Around."

Late in 1968, Stills joined the Byrds' David Crosby and the Hollies' Graham Nash to form the folk rock group Crosby, Stills & Nash. The band's self-titled debut album came out the following year; a substantial success, it spawned the top-40 hits "Suite: Judy Blue Eyes" and "Marrakesh Express." Aiming to go on tour and realizing they needed more musicians to strengthen their sound, Crosby, Stills & Nash decided to invite Neil Young to join them, ultimately creating the quarter Crosby, Stills, Nash & Young. In 1970, they released the album "Déjà Vu," which launched the top-40 singles "Woodstock," "Our House," and "Teach Your Children." The following year, CSNY released the double live album "4 Way Street," which reached number one on the Billboard 200. However, the tour that produced the album was a tumultuous one, marked by many arguments between Young and drummer Dallas Taylor and tensions with Stills. When the tour was over, CSNY split up. The group got back together a number of times over the years, and released such further albums as "So Far," "CSN," "Daylight Again," "American Dream," "After the Storm," and "Looking Forward." 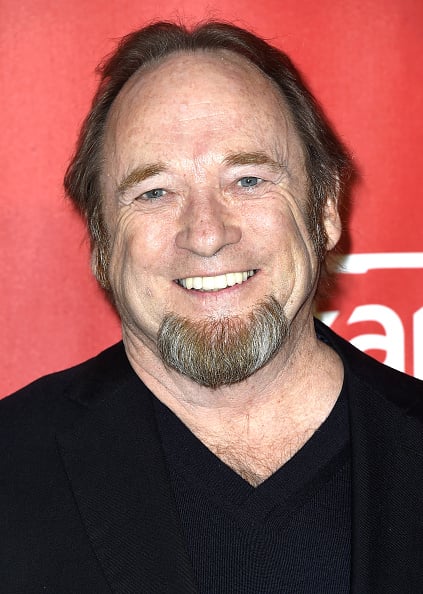 At the peak of CSNY's success, Stills and the other members of the band recorded solo albums. Stills' self-titled solo debut, which came out in 1970, featured such high-profile guests as Jimi Hendrix, Eric Clapton, Cass Elliot, and Ringo Starr. From the album, he had hit singles with "Love the One You're With" and "Sit Yourself Down." Six months after this, Stills released "Stephen Stills 2," which featured the singles "Marianne" and "Change Partners." He subsequently went on his first solo tour, selling out major venues across the country. In 1975, Stills signed to Columbia Records and released his album "Stills." This was followed by the albums "Illegal Stills" and "Thoroughfare Gap."

After a six-year hiatus from his solo career, Stills released his album "Right by You" in 1984; it would be his last album to chart on the Billboard 200, and his final solo release on a major record label. His next solo album, "Stills Alone," came out in 1991. Stills didn't put out another solo album until 2005's "Man Alive!," which was released on a minor English independent folk rock label called Talking Elephant.

Other Projects and Collaborations

Among his other notable music projects, Stills was a member of the rock group Manassas with ex-Byrd musician Chris Hillman. The band's self-titled debut double album, released in 1972, peaked at number four on the US charts. With Manassas, Stills toured the world. In 1973, the band released its second and last studio album, "Down the Road." A few years later, Stills reunited with Neil Young to form the Stills-Young Band; they subsequently released the album "Long May You Run."

In 2013, Stills joined guitarist Kenny Wayne Shepherd and keyboardist Barry Goldberg to form the blues supergroup the Rides. They subsequently released their debut album, "Can't Get Enough." This was followed in 2016 by "Pierced Arrow," which made it to number one on the Billboard Top Blues Albums Chart. In other collaborations, Stills partnered with singer and former lover Judy Collins to release the 2017 album "Everybody Knows."

Stills' first significant relationship was with Judy Collins from 1968 to 1969. He also dated actress and singer-songwriter Nancy Priddy and singer Rita Coolidge. In 1972, Stills had a son named Justin with Harriet Tunis. He had his first marriage the following year, when he wed French singer-songwriter Véronique Sanson. The couple had a son named Christopher in 1974, and eventually divorced in 1979. Later, in 1988, Stills married Thai model Pamela Ann Jordan; they had a daughter named Eleanor before divorcing in 1995. The year after that, Stills wed producer and activist Kristen Hathaway. Their son Oliver was born in 2004.