Stephen Pearcy net worth: Stephen Pearcy is an American vocalist who has a net worth of $10 million. He is best known for being the vocalist of and creating the band Ratt.

Stephen Pearcy was born in San Diego, California in July 1956. Ratt released their debut studio album Out of the Cellar in 1984 and the album reached #7 in the US where it reached 3x Platinum. Their second album Invasion of Your Privacy also reached #7 in the US and was certified 2x Platinum. Ratt also released the albums Dancing Undercover in 1986, Reach For the Sky in 1988, Detonator in 1990, Ratt in 1999, and Infestation in 2010. The band had the singles "Round and Round" and "Lay It Down" certified Gold in the US. Pearcy has also been a part of the bands Arcade, Vertex, Firedome, Vicious Delite, and Crystal Pystal. As an actor he starred as Timothy Bach in the movie Camp Utopia. He quit the band Ratt in 2016 to work on his label Top Fuel Records and other ventures. He authored the book Sex, Drugs & Ratt n' Roll in 2014. 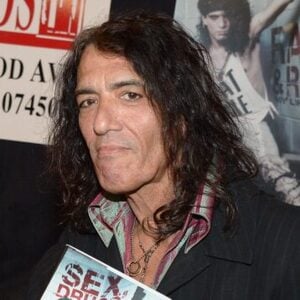