Stephen Carpenter net worth: Stephen Carpenter is an American musician who has a net worth of $10 million. Stephen Carpenter was born in Sacramento, California in August 1970. He is best known for being a co-founder and the lead guitarist of the band Deftones. The band was formed in 1988 and released their debut studio album Adrenaline in 1995. 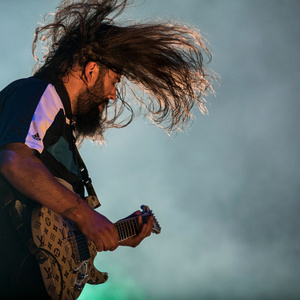