Stephan Jenkins net worth: Stephan Jenkins is an American musician who has a net worth of $16 million. Born in Indio, California, Stephan Jenkins graduated at the top of his class from the University of California-Berkeley, with a degree in English Literature. He performed with two short-lived bands, Splash, and Pucky and Natty, before founding Third Eye Blind with fellow musician Kevin Cadogan in 1993. The band was signed to Elektra Records in 1995, and went on to release four successful studio albums and one EP. He is credited with writing or co-writing most of Third Eye Blind's material, including their hit songs, "Semi-Charmed Life", "Losing a Whole Year", "Graduate", and "Never Let You Go". To date, the band has sold over 10 million albums around the world. While the group has remained successful, there has been much internal strife, and Mr. Jenkins has been in and out of court with numerous lawsuits surrounding the band over the course of their existence. Stephan Jenkins has dated several famous celebrities. He was in a three-year relationship with Charlize Theron. That relationship is said to have inspired many songs from the Third Eye Blind album "Out of the Vein". He also dated Vanessa Carlton. 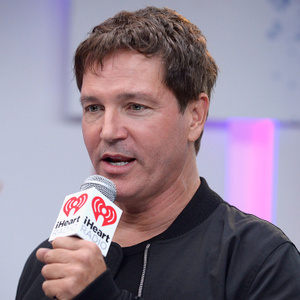