Early Life: Stefan Kahil Lessard was born in Anaheim, California on June 4, 1974. His parents, Ron and Jacqueline were both musicians. His family moved a number of times when he was young and ended up in Charlottesville, Virginia in 1987. Once in Charlottesville, Lessard studied at the Tandem Friends School where his music classes were taught by trumpet player John D'Earth and bassist Peter Spaarat. D'Earth was the person who recommended Lessard to Dave Matthews when he was assembling what would become the Dave Matthews Band. Stefan joined the newly formed Dave Matthews Band in 1991. He was 16. He dropped out of high school after 11th grade to focus on music. He got his GED in 1991 and had already been accepted to the Jazz Studies program at Virginia Commonwealth University. After six weeks of college, Lessard dropped out to devote his attention to the Dave Matthews Band.

Career: Since Lessard was just 16 when he joined the Dave Matthews Band he often had to sneak in the back door of the bars and clubs where the band was playing. The Dave Matthews Band's first gig was on March 14, 1991, at Trax Nightclub in Charlottesville. The band released its first EP, "Recently," in 1994. The live album's five tracks were taken from shows performed at The Birchmere in Alexandria, Virginia, and from Trax in Charlottesville.

"Before These Crowded Streets," the band's third album was released on April 28, 1998. "Before These Crowded Street"s was an instant commercial success with over 900,000 albums sold worldwide in the first week. Their fourth studio album, "Everyday," was released in February 2001 and was a huge commercial success. The band has since released the albums "Busted Stuff," "Big Whiskey and the Groo Grux King," "Away From The World," and "Come Tomorrow." The 2018 release of "Come Tomorrow," debuted at #1 on the Billboard 200 with 292,000 album-equivalent units, making it the biggest sales week for a rock album in over four years, and the biggest sales week for an album in 2018, with 285,000 copies sold. The Dave Matthews Band is the only band to have seven consecutive albums debut at the #1 spot on the Billboard 200 chart.

As far as work outside of the Dave Matthews Band is concerned, Lessard is credited on 2001's "Beautifully Broken" from Gov't Mule's "The Deep End, Vol. 1" and on "Burning Star," a 2012 song from Pete Kilpatrick Band's "Heavy Fire."

Personal Life:  In 1997, Lessard married his long-time girlfriend Josie Baucom. In 1996, they lost their daughter Aslan to Sudden Infant Death Syndrome (SIDS) when she was three weeks old. In 1998, their son Elijah was born. Stefan and Josie divorced in 2004.

Stefan is a Democrat who is active in promoting liberal politics and bashing President Trump and other GOP politicians on Twitter. He also regularly interacts with his fans on the social media platform. He is an expert level troll of his detractors on Twitter.

His nickname is Fonz.

In January 2008, Lessard formed the supergroup Yukon Kornelius with Guster's Adam Gardner and the Barenaked Ladies' Ed Robertson. That same year, he composed and arranged the original score for the IMAX film "MacGillivray Freeman's Grand Canyon Adventure: River at Risk." Carter Beauford and Tim Reynolds also appear on the score.

In 2009, Lessard hosted a beach cleanup with the Surfrider Foundation San Diego Chapter, on the day before the Dave Matthews Band's show in Chula Vista at what was then known as Cricket Wireless Amphitheatre (as of 2020, known as North Island Credit Union Amphitheatre).

In 2020, Lessard hypothesized on what concerts will look like in a post coronavirus world. He said: "The drive-in concert has an interesting idea, right? Like a drive-in movie theater…In terms of a regular concert, just sizing down, more intimate shows, maybe more shows. Instead of doing two nights in one place maybe we'll do four nights in one place. The same amount of people coming over those four nights but just spaced out."

Real Estate:  Lessard's home in western Albemarle County, Virginia, burned down on November 29, 2007. The total estimated loss of property was more than two million dollars. It took more than 40 firefighters from five fire departments to put out the fire. The county Fire Marshal's office believes the home's cedar shake siding aided the fire's rapid spread. Lessard and his son were home at the time of the blaze. They escaped unharmed.

In 2013, Lessard and his wife bought and quickly resold a 7,000 square feet, six bedrooms and five and a half bathroom home in Malibu on 1.78 acres. The Lessards sold the home for $6.6 million to luxury t-shirt designer James Perse. 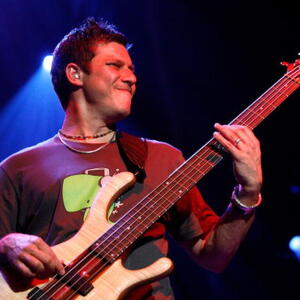