Stanley Clarke Net Worth: Stanley Clarke is an American jazz musician and composer who has a net worth of $3 million. Stanley Clarke was born in Philadelphia, Pennsylvania in June 1951. Clarke is known for his work on electric bass and double bass and his numerous television and film scores. He is also known for being part of the fusion band Return to Forever as well as a bandleader. Clarke released his debut solo studio album Children of Forever in 1973. He has released a total of 20 solo albums with the latest being 2010's The Stanley Clarke Band. His most popular single was "Sweet Baby" in 1989 which reached #19 on the US chart. Clarke also released seven studio albums with Return to Forever from 1972 to 1977. He has released 23 albums as either co-leader or band member. Clarke produced albums for artists such as Roy Ayers, Roy Buchanan, Dee Dee Bridgewater, Natalie Cole, and Jim Walker. As a sideman he was recorded with Chick Corea, Curtis Fuller, Dexter Gordan, Pharaoh Sanders, and more. Clarke was awarded Bass Player Magazine's Lifetime Achievement Award in 2006. He also won a Grammy Award in 1975 and was Rolling Stone Magazine's first "Jazzman of the Year". He was inducted into the Hollywood Walk of Fame on Sunset Boulevard in 1999. 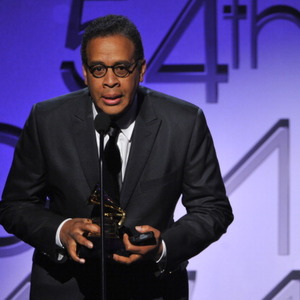