Spike Jones net worth: Spike Jones was an American musician and bandleader who had a net worth equal to $10 million at the time of his death (after adjusting for inflation). Spike Jones was born in Long Beach, California in December 1911 and passed away in May 1965. He specialized in his satirical arrangements of classical music and popular songs.

During the 1940s and 1950s he played with the band Spike Jones and his City Slickers and they toured as The Musical Depreciation Revue. Jones released several albums throughout the years. His single "All I Want for Christmas Is My Two Front Teeth" reached #1 in 1948 and his other popular songs include "Cocktails for Two", "Holiday for Strings", "Hawaiian War Chant (Ta-Hu-Wa-Hu-Wai)", "Williams Tell Overture", "Dance of the Hours", "Rudolph the Red-Nosed Reindeer", "Tennessee Waltz", "I Saw Mommy Kissing Santa Claus", and more. On television he starred in The Spike Jones Show. Jones received two stars on the Hollywood Walk of Fame for Recording and Radio. He was married twice including to Helen Grayco. Spike Jones passed away on May 1, 1965 at 53 years old from emphysema. 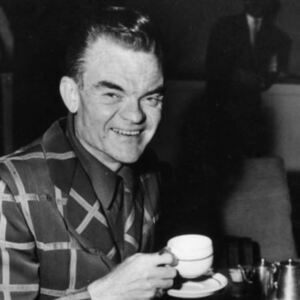