Sly Stone net worth: Sly Stone is an American singer, songwriter, musician and producer who has a net worth of $500 thousand. He is most famous for being the front man of the group Sly and the Family Stone.

Sly Stone was born Sylvester Stewart in Denton, Texas in 1943. He has one brother, Freddie, and three sisters, Loretta, Rose and Vaetta. Loretta is the only sibling who never entered into the music industry. Sly Stone first became famous as a solo artist under the name, Danny Stewart and as a member of the group the Viscaynes, which he joined while still in high school. Sly and his brother Fred also formed a group called the Stewart Brothers. During the 1960s, Stone worked as a DJ for the radio station KSOL, in California, and as a record producer for Autumn Records. He produced for such artists as Bobby Freeman, The Beau Brummels and more.

In the mid 60s he formed the band The Stoners. Later, along with Cynthia Robinson his trumpet player in The Stoners Band, he formed the multicultural group Sly and The Family Stone. This band included his brother Fred, Jerry Martini, Larry Graham, Greg Errico and later Stone's sister, Rosie. Although they had a slow start to success, in the late 60s they became one of the most successful groups in music with hits like "Stand" and "Life." Their fortunes changed for the worse when band members starting using drugs and having disputes with each other. Errico quit the group in 1971 and was replaced by Andy Newmark. In 1972, Larry Graham was fired and was replaced by Rustee Allen. In 1975 the band broke up and Sly's sister Rose started a solo career. His brother Fred became a pastor of the Evangelist Temple Fellowship Center in California. Sly Stone went on as a solo artist. 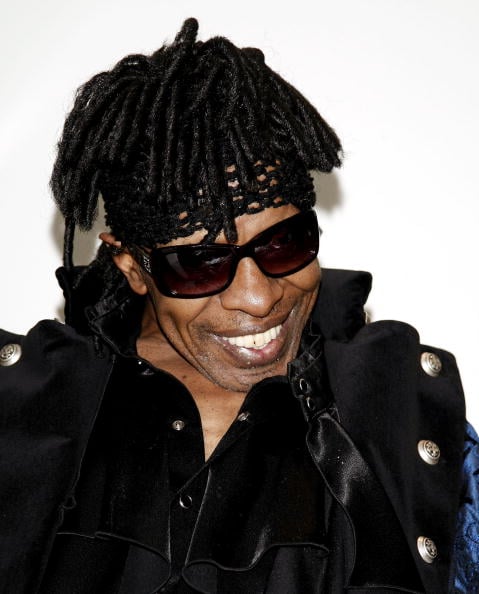 Sly made what turned out to be a major financial blunder in 1984 when he sold his music publishing rights to Michael Jackson for $1 million. Though $1 million in 1984 was a decent sum of money, it was a fraction of what his rights would have been worth over the next 30 years. Tragically, in 2011 it was revealed that Sly was broke and living out of a van that he parked in various sections of South Central Los Angeles. Sly befriended a local family that was letting him use their house to take showers and eat meals.

Sly's serious financial problems dated back to 1989 when he suddenly stopped receiving royalty checks from his business manager Gerald Goldstein. He launched a lawsuit that dragged on for more than three years. In January 2015, a Los Angeles jury awarded Sly $5 million in his breach-of-contract lawsuit. Half of the judgment was levied against a company called Even St. Productions which filed for bankruptcy protection in 2013. The other half was levied against his former managers who have vowed to appeal the decision.