Simon Phillips net worth: Simon Phillips is an English drummer, songwriter, and producer who has a net worth of $10 million. Simon Phillips was born in London, England in February 1957. He is a well-known studio musician and was the drummer for the band Toto from 1992 to 2014. Phillips first played professionally at 12 years old for his father's band.

As a session drummer he played for the likes of Jeff Beck, Judas Priest, The Who, Tears for Fears, Gary Moore, Mike Oldfield, and more. Phillips played for The Who during their 1989 American reunion tour. He has also released his own albums Protocol in 1988, Force Majeure in 1992, Symbiosis in 1995, Another Lifetime in 1997, Vantage Point in 2000, Protocol II in 2013, Protocol III in 2015, and Protocol IV in 2017. Phillips took over for Jeff Porcaro in Toto when he passed away and then left the band to focus on his own music. In 2003 he was inducted into the Modern Drummer Hall of Fame. 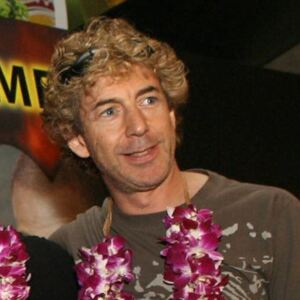